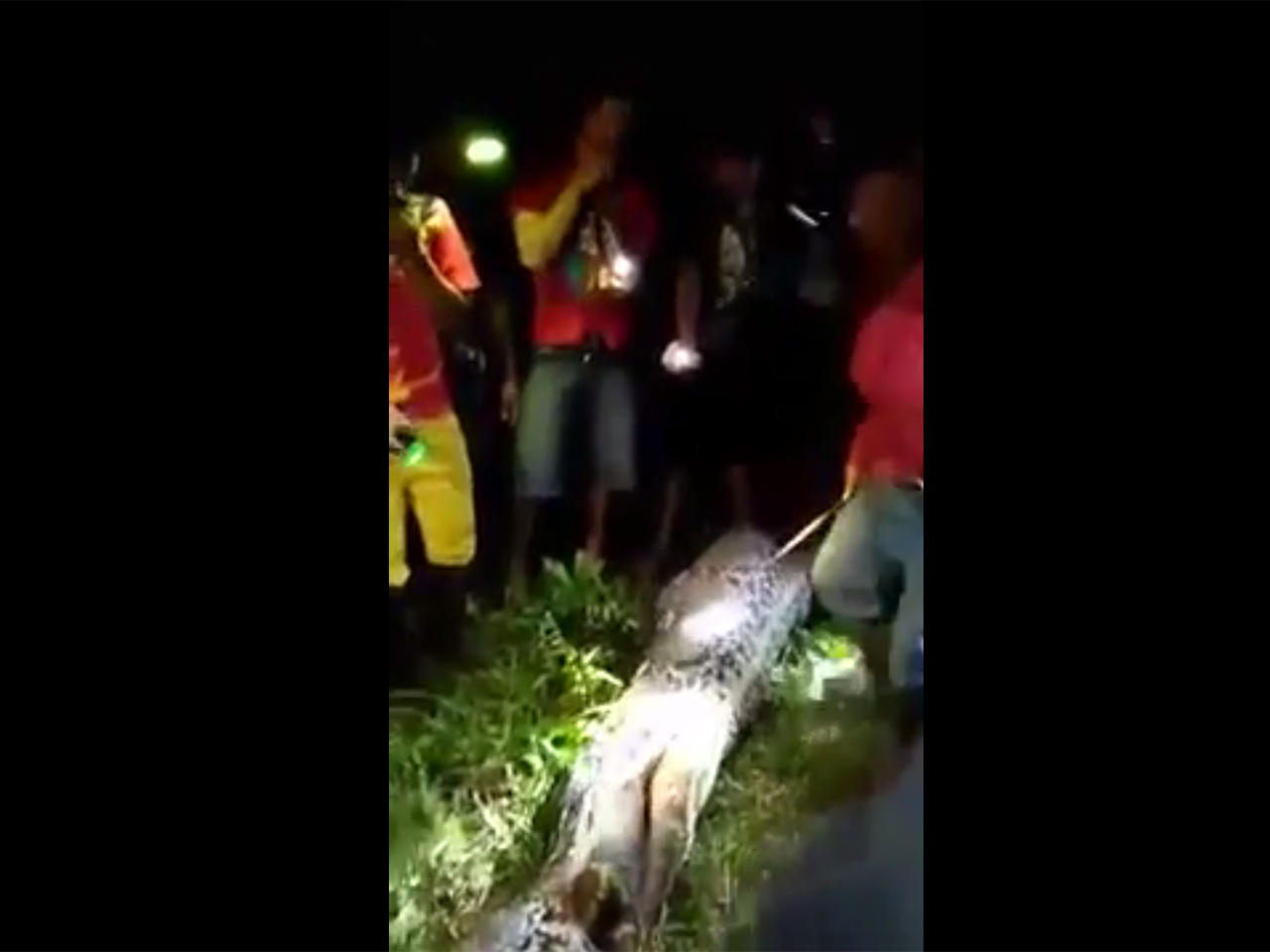 The body of a man who went missing over the weekend was discovered inside the belly of a giant python, French news agency AFP reports, citing local officials.

The family of 25-year-old Akbar became worried when he did not return home from a trip to harvest palm oil, according to the BBC.

Locals in the village of Salubiro on the eastern island of Sulawesi on Monday cut open a 23-foot snake they found bloated and moving awkwardly, AFP said.

“We were immediately suspicious that the snake had swallowed Akbar because around the site we found palm fruit, his harvesting tool and a boot,” a senior village official identified as Junaidi told AFP.

Junaidi said that the snake swallowed Akbar whole, and that this was the only such fatality recorded in the region.

Among the world’s largest reptiles, reticulated pythons regularly grow to lengths of 20 feet or more. They are commonly found in the Philippines and Indonesia.

Pythons rarely attempt to eat humans, though there are occasional reports of them swallowing young children.