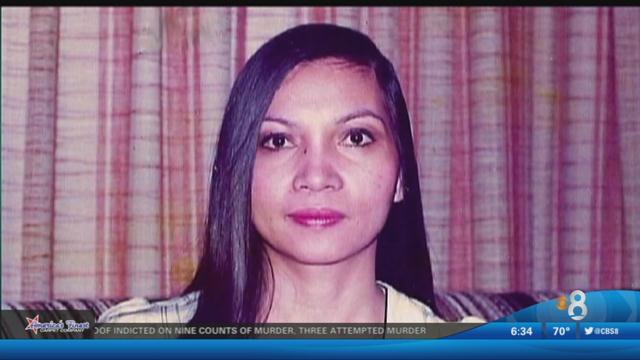 NATIONAL CITY, Calif. -- Human remains found in the Southern California desert have been identified as those of a 38-year-old woman who vanished in 1992, police said Tuesday.

The bones were found in a shallow grave in Apple Valley in San Bernardino in 1994, but it took until recently for DNA testing to confirm they were those of Jovita Collazo, police said.

Collazo's ex-boyfriend, Michael Richardson, pleaded guilty in 2013 to killing her.

Richardson also pleaded guilty to killing his wife, Thao Richardson, and his mother-in-law in 2010. Prosecutors said he killed those women in San Diego County and tried to make it look like a car accident.

He's serving a life sentence without possibility of parole.

He never told authorities how or why he killed Collazo.

Collazo's husband told the San Diego Union-Tribune that at the time, he and his wife had been separated but were renewing their relationship and even planning to leave San Diego County together. He said his wife was going to leave Richardson.

"I'm a little happy now that he didn't get away with it. But I'm going to go to my grave angry over it," Michael Collazo said.