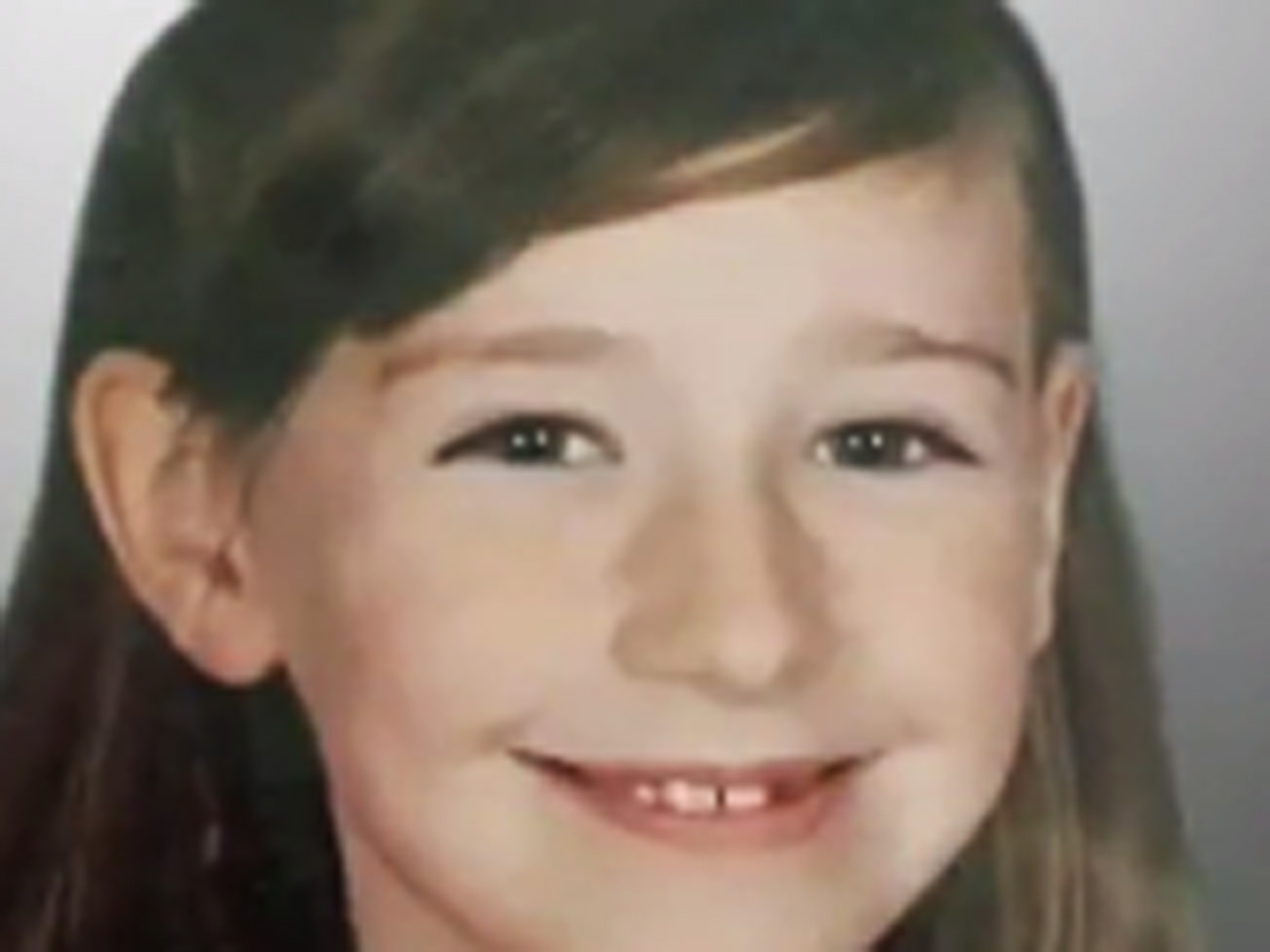 SANTA CRUZ, Calif. -- The search for a missing 8-year-old girl came to a tragic end after police found a body inside a dumpster at a complex in Northern California where she was last seen riding her scooter. A teenage boy, who also lives in the complex, was arrested in the case.

Santa Cruz Police Chief Kevin Vogel said the body found by a detective Monday night at a Santa Cruz artist community and housing center is likely that of Madyson Middleton.

"We haven't positively identified her yet but we believe she is probably Madyson Middleton," Vogel said.

A 15-year-old boy who lives in the complex was arrested at around the same time the body was found and is being questioned on suspicion of homicide, Vogel said.

Madyson Middleton vanished Sunday afternoon at Tannery Arts Center, where she lives with her mother.

She was last seen riding her new, white scooter in the courtyard but at about 5 p.m.

After her mother realized she was gone, Madyson's parents met with investigators Sunday night and again Monday at police headquarters before speaking with reporters outside.

"I can't explain how difficult this is," the girl's mother, Laura Jordan, said earlier Monday.

Neighbors told the station they were shocked over his arrest. "From what I know, he's very well spoken, and has a very kind manner. So ... it's just a shocking situation altogether," one neighbor remarked.

Jordan said she's looked at surveillance video from their housing complex that watched Madyson's last minutes before she disappeared. Police have said she was last seen on video surveillance at 4:12 p.m.

Jordan walked the edges of the courtyard, and police twice conducted a door-to-door search of the entire complex, as well as a homeless resource center and shelter across the street.

Beyond the 8-acre property, searchers from throughout the state looked in boats, helicopters, on foot and bike, with dogs and cameras.

Authorities didn't send volunteers onto adjacent hiking and biking trails for fear of disturbing potential evidence, but hundreds of volunteers showed up and looked for her in neighborhoods and streets.

Authorities used dogs to search nearby woods and parks and the San Lorenzo River levee. Helicopters searched the forest and the coastline, and the U.S. Coast Guard scoured the ocean 2 miles from where she was last seen.

The 4-foot-tall, 50-pound child has long brown hair, which was pulled to the side in a braid, and dark eyes. She was wearing a purple dress, black leggings, black flip-flops and a black helmet.

She lived with her mother at the Tannery Arts Center, a public-private nonprofit project that includes 100 affordable loft apartments for artists and their families, a café, and dance and art studios on eight acres.

The property, a former leather tannery, is managed by The John Stewart Company. John Stewart, the company's chairman, said they turned the surveillance footage over to authorities Sunday night.

Site manager Warren Reed said the property is located in a very busy area, with a number of businesses and a major construction project nearby.