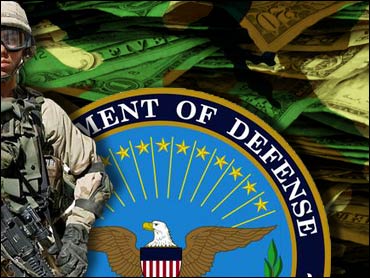 The former CEO of the nation's leading supplier of body armor to the U.S. military was indicted Thursday on charges of insider trading, fraud and tax evasion in a scheme that netted him more than $185 million, prosecutors said.

David H. Brooks, 53, the founder and former chief executive of DHB Industries Inc., appeared in federal court on Long Island and was ordered held without bail. His lawyer entered a not guilty plea.

"David Brooks grew up in Brooklyn and that means he doesn't run away from a fight," attorney Paul Shechtman told reporters after the proceeding.

The charges were outlined in a superseding indictment that also named Sandra Hatfield, 54, the former chief operating officer of DHB. The pair was accused of falsely inflating the value of the inventory of DHB's top product, the Interceptor vest, to help meet profit margin projections.

The vest, designed to withstand rifle fire and shrapnel, was made for the Marine Corps and other branches of the military.

Last year, Hatfield and former Chief Financial Officer Dawn Schlegel were indicted on charges of insider trading in the same scheme to inflate the value of the vests. Hatfield, who was released on $1 million bond in that case, is expected to be arraigned on the new charges next week.

Hatfield's lawyer, Roland G. Riopelle, said the charges announced Thursday are "basically the same" as those in the previous indictment and predicted his client would be acquitted at trial.

Schlegel was not named in the superseding document. Prosecutors declined to comment on whether she may have taken a plea deal; her attorney did not immediately respond to a phone message.

Authorities allege the scheme propelled the company's stock from $2 a share in early 2003 to nearly $20 a share in late 2004. When the pair sold several million DHB shares at that time, Brooks made more than $185 million and Hatfield more than $5 million, according to the U.S. attorney's office.

When an employee identified only as "John Doe" confronted Hatfield in late 2004 with evidence that the inventory of vests was overvalued by up to $8 million, prosecutors say she told him the company "could not 'take a hit' of reducing the valuation to the correct amount."

Brooks and Hatfield also are accused of failing to report more than $10 million in bonus payments to themselves and other DHB employees to the IRS.

Brooks also is accused of using DHB funds to buy or lease luxury vehicles for himself and family members, and to pay for vacations, jewelry, cosmetic surgery, country club bills and family celebrations.

Prosecutors say he threw lavish bar and bat mitzvahs for his children in which entertainers like Tom Petty, Aerosmith and the Eagles performed.

Brooks, who owns more than 100 horses and races them at harness tracks around the country, also used DHB funds for his private horse racing business, prosecutors said.

During the bail hearing, Assistant U.S. Attorney John G. Martin argued that Brooks was a flight risk and should not be granted bail because he may have millions in assets hidden overseas.

Shechtman argued he wasn't, noting that Brooks, who had moved to London after the two women were indicted, moved back to New York earlier this year despite knowing he could be arrested in the case.

Brooks resigned from DHB in July 2006, about the same time the company relocated its headquarters from Westbury to Pompano Beach, Fla. Hatfield left the company in November 2005.

Also Thursday, the Securities and Exchange Commission filed related civil charges against Brooks, accusing him of manipulating DHB's earnings and funneling millions of dollars out of the company through fraudulent transactions with an entity that he controlled.

In a civil lawsuit filed in federal court in Miami, the SEC alleged that Brooks profited from selling his DHB stock at the end of 2004 when the stock price was at its height, and that he did so while possessing significant nonpublic information in violation of insider trading laws.

The SEC is seeking unspecified fines against Brooks, restitution of any ill-gotten gains, return to DHB of his bonuses and profits from stock sales, and a prohibition against him serving as an officer or director of any public company.

If convicted, Brooks and Hatfield could face up to 70 years in prison.