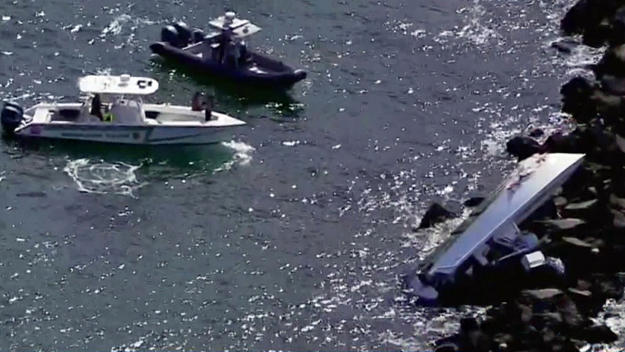 Almost exactly one month after a boating accident killed Fernandez and two of his friends, a search warrant affidavit says that all three bodies had a strong odor of alcohol when they were recovered by divers.

Toxicology tests for all three men have been completed, but the results have yet to be released by state investigators.

They are citing an exemption in the public records law for open criminal investigations, though it’s unclear what, if any, charges could be brought in the case. The affidavit states that the crimes under investigation are boating homicide while intoxicated and vessel homicide.

The warrant, which was released by the Miami-Dade state’s attorney, also says that investigators found evidence that the vessel was traveling at a high rate of speed when it crashed into a jetty off Government Cut, which is off the coast of Miami Beach.

The Florida Fish and Wildlife Commission is investigating the crash.

The commission requested prosecutors draft the warrant so that they can search the boat, which was owned by Fernandez, 24, and named Kaught Looking.

According to attorney David Weinstein, their families have hired attorneys.

Prior to the crash, the three men were at American Social Bar & Kitchen in Brickell.

According to the affidavit, officials found a receipt in the pockets of one of the men, though it does not say which one, which includes purchases for alcohol.

“They will, in all likelihood, be filing a civil lawsuit based on negligence for the wrongful death of these two individuals,” Weinstein said.

If suits are filed, many involved will have to relive that 3 a.m. crash that took Fernandez from the Marlins, the fans, the baseball world, and it will hurt.

“It’s a story that will just keep reviving itself again, again and again until there’s either a settlement or the case goes to a jury trial,” Weinstein said.