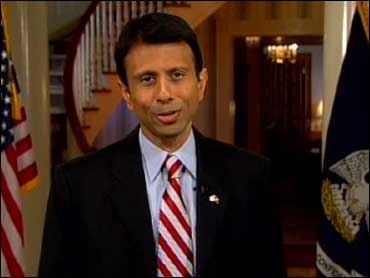 (CBS)
The big story Tuesday night, of course, was Barack Obama's address to a joint session of Congress. But almost as interesting to political junkies was what came immediately afterward: The response from Bobby Jindal, the Louisiana Governor being pushed as the new face of the Republican Party and a leading contender for the party's presidential nomination in 2012.

What was meant to be a coming out celebration on the national stage, however, turned to something far different for Jindal: The governor, who has been well received in other public forums, was almost universally panned. And an address that was expected to generate momentum for a possible 2012 run instead resulted in questions about whether the 37-year-old governor is really ready for prime time. (You can watch and read Jindal's speech in full here.)

Many of the most stinging barbs came from Jindal's ideological brethren. Consider these comments from a Fox News panel right after the speech: