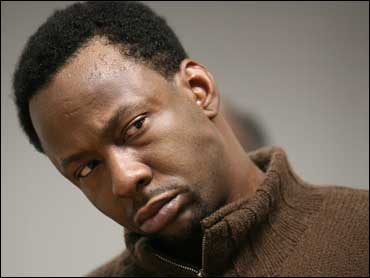 Singer and reality star Bobby Brown blames his "uncontrollable" drug use on his turbulent marriage to superstar Whitney Houston, and says she married him to quash rumors that she had a lesbian lover.

"I think we got married for all the wrong reasons," Brown writes in his new biography "Bobby Brown: The Truth, the Whole Truth and Nothing But," according to the New York Post. "Now, I realize Whitney had a different agenda than I did when we got married. ... I believe her agenda was to clean up her image, while mine was to be loved and have children."

Brown claims that his ex-wife was under pressure to disprove rumors she was having a sexual relationship with her female assistant, Robyn Crawford. "In Whitney's situation, the only solution was to get married and have kids," he said.

Houston has always denied rumors of a romantic relationship with Crawford, once telling Rolling Stone, "People want to know if there's a relationship. Our relationship is that we're friends. We've been friends since we were kids."

The couple's 15-year-marriage included lots of drug use according to Brown. He said that he had dabbled in drugs before meeting Houston, but that he stuck mostly to marijuana.

"I never used cocaine until after I met Whitney," he said. "At one point in my life, I used drugs uncontrollably. I was using everything I could get my hands on, from cocaine to heroin, weed and cooked cocaine."

Houston responded to Brown's accusations through her publicist who told TMZ.com, "Miss Houston is sad that Bobby feels the need to say such things but she chooses to take the high road and will not speak badly about the father of her child even if it's to set the record straight."

Houston and Brown married in 1992 and their divorced was finalized in 2007. Houston has full custody of their daughter.
By Judy Rosen