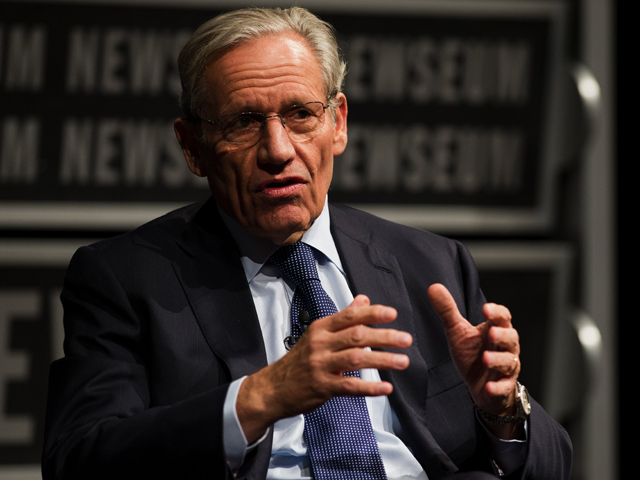 (CBS News) The Washington Post's Bob Woodward has been reporting on presidential politics since the Nixon administration. On Wednesday, Woodward joined "CBS This Morning," to share a new look at the Obama White House and its handling of the recent U.S. debt crisis.

Woodward's new book, "The Price of Politics," offers a detailed account of the the Obama administration's strategy throughout the recession.

He talked with "CTM" co-hosts about  the critical debt ceiling debate and insisted, "Somebody has got to solve it...It gets to a point that the world will say 'Wait a minute, too much borrowing and the interest rates will go up.' It can effect everyone in this country, the value of their home, the value of what's in the bank..."

He warned that "we are right in this moment of maximum peril" and added "This is the sort of thing that could start another recession...we have a presidential campaign going on and no one is pressing the candidates...we need to have answers."

He delves into the details of the relationship between Republican Speaker of the House, John Boehner-- who continues to call the president out for his failure to lead on this issue -- and President Obama. He admits that Obama faced a Republican congress that is "like a brick wall," but said that Speaker Boehner initiated conversations with the president that could have been more adeptly handled to bring the debt ceiling debate to a resolution.

His takeaway? "The chief lesson is you have to carry things over the finish line...they never really got close enough."

Wednesday morning, Woodward also touched on the recent turmoil abroad, speaking with CTM's Charlie Rose and Norah O'Donnell about Tuesday's attacks on U.S. embassies in Libya and Egypt and tension with Israel over reports that President Obama had denied a request to meet with Israeli Prime MInister, Benjamin Netanyahu.

He allowed that "there is a lot of behind-the-scenes jockeying going on," but said Obama's icy exterior could add to the tension. "The president gets distant from people that he needs to engage. If you think about it, given the nature and the importance of the relationship with Israel, you would be able to find a way to meet," Woodward said.