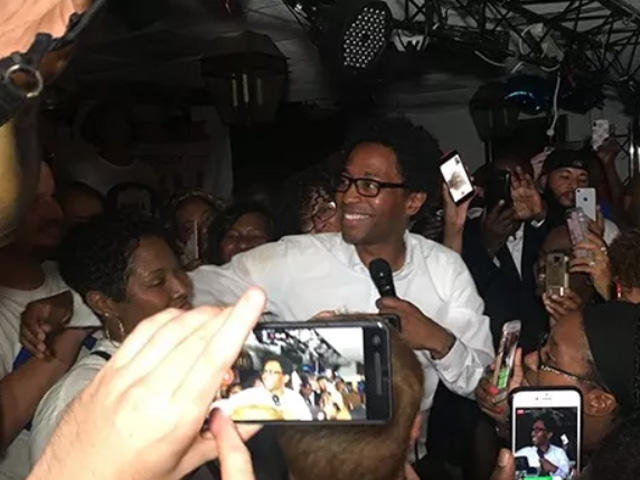 McCulloch, 67, gained national attention in his handling of the investigation into the fatal police shooting of Michael Brown in Ferguson, Missouri.

No Republicans were on the ballot, making the Democratic winner all but certain to win in November.

Bell, 43, is an attorney and former municipal judge and prosecutor. He was elected councilman in 2015 as protests continued to rage over Brown's death.

At a raucous election night party, Bell recalled that even close friends told him he had no chance. He called for unity.

In a video posted on his campaign Facebook page, Bell said, "There's too much divisiveness, too much division in this county, in this region. We've got to start bringing people together."

Many onlookers saw the election as a referendum on what happened in Ferguson. It marked the first time McCulloch had been challenged since Brown's death.

McCulloch has been St. Louis County's top prosecutor since 1991 and has rarely been challenged at the ballot box, notes KMOV. In 2014, he ran unopposed.

Brown, a black and unarmed 18-year-old, died on Aug. 9, 2014, in a street confrontation with white Officer Darren Wilson. Some witnesses said Brown had his hands up in surrender. Wilson said Brown was moving aggressively toward him and he fired the fatal shots in self-defense.

A St. Louis County grand jury declined to indict Wilson, who later resigned. Critics accused McCulloch, who is white, of skewing the investigation in favor of the officer.

The U.S. Department of Justice launched its own investigation. While the Justice Department found no grounds to indict Wilson, a scathing report found racial bias in the way Ferguson police and courts treated black people. A consent agreement requires the city to take several steps to remove that bias, including hiring more minority police officers, court reforms, and other measures.

Bell campaigned on a platform to "fundamentally change the culture" of the prosecutor's office, partially by assigning special prosecutors to review allegations of police misconduct. Black residents make up about 23 percent of St. Louis County's population.

Bell and McCulloch are both sons of police officers. But McCulloch, an ardent police supporter, became a target of critics who unsuccessfully demanded he recuse himself from the Brown case, citing his family history. Several of his relatives worked for the St. Louis police department, including his father, who was fatally shot by a black suspect when McCulloch was 12.