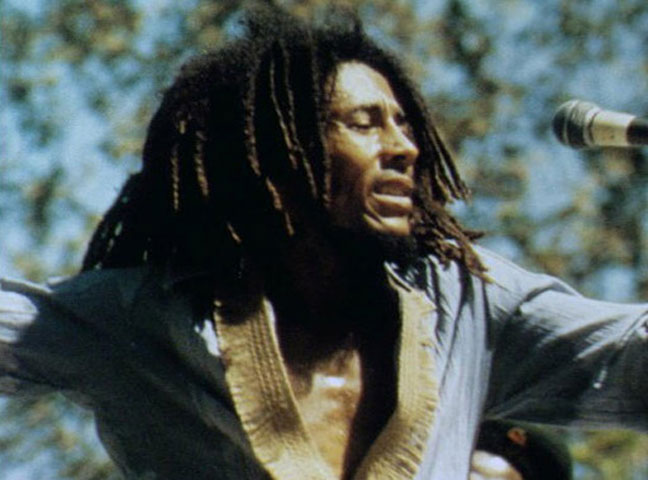 A feud has erupted within the first family of reggae, with the widow and nine children of Bob Marley suing his half brother to stop use of the Marley name to promote an annual Miami music festival and profit from other businesses in his native Jamaica.

The lawsuit filed Thursday in federal court contends the half brother, businessman Richard Booker, and several affiliated companies are violating copyright and trademark laws by using Marley's name, photographs, lyrics, symbols and other intellectual property without authorization. The lawsuit says people could be deceived into thinking those uses are officially endorsed by Marley's widow, Rita Marley, and their children. Booker and Bob Marley shared the same mother.

The entities include the Bob Marley Movement of Jah People Inc., which promotes the music festival, a restaurant in Jamaica called Mama Marley's and several businesses with the name Nine Mile - the part of Jamaica where Marley grew up and is now buried. One Nine Mile business offers a tour of the area, and the music event is known as the Nine Mile Music Festival.

In addition, a recent press release about the music festival included this headline: "All For The Love Of Bob Marley." The 19th annual festival is scheduled for March of next year on Virginia Key, near Miami. Three of Marley's kids - Stephen, Damien and Julian Marley - are scheduled to perform.

The lawsuit, filed by Fort Lauderdale attorney Bruce Hemerlee, seeks unspecified damages and also asks a judge to stop Booker and the companies from using any Marley-related references in the various ventures. Hemerlee represents Rita Marley and the children through a Bahamas-based entity called Fifty-Six Hope Road Music Ltd.

Booker, whose home and businesses are in Miami, did not immediately return a telephone call Friday seeking comment. A spokeswoman at his business said a statement may be issued later.

According to the festival's website, the event's roots date to a Bob Marley fan club begun in 1981. That gradually grew into the music festival and related food drive that has collected more than 2 million canned goods for shelters in Miami and Jamaica.

The lawsuit says that Rita Marley and her children have long opposed Booker's attempts to trademark Marley-related business names and that at one point they reached a licensing deal, but Booker reneged on the deal.