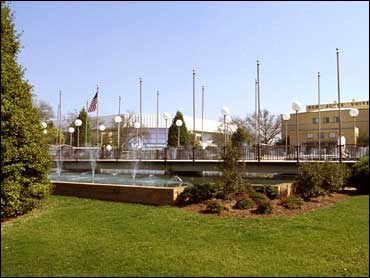 Bob Jones University is apologizing for racist policies that included a one-time ban on interracial dating and its unwillingness to admit black students until 1971.

In a statement posted Thursday on its Web site, the fundamentalist Christian school founded in 1927 in northwestern South Carolina says its rules on race were shaped by culture instead of the Bible.

The university says president Stephen Jones decided to issue the apology because he still receives questions about the school's views on race.

In the statement, BJU said that it was founded to help young men and women cultivate a Biblical worldview, and to represent Christ and his teachings to others, "in every dimension of life.

"BJU's history has been chiefly characterized by striving to achieve those goals; but like any human institution, we have failures as well. For almost two centuries American Christianity, including BJU in its early stages, was characterized by the segregationist ethos of American culture. Consequently, for far too long, we allowed institutional policies regarding race to be shaped more directly by that ethos than by the principles and precepts of the Scriptures. We conformed to the culture rather than provide a clear Christian counterpoint to it.

"In so doing, we failed to accurately represent the Lord and to fulfill the commandment to love others as ourselves. For these failures we are profoundly sorry. Though no known antagonism toward minorities or expressions of racism on a personal level have ever been tolerated on our campus, we allowed institutional policies to remain in place that were racially hurtful."

The school, which has about 5,000 students, banned interracial dating until 2000.

President George W. Bush was criticized in 2000 for a campaign speech at the school while the interracial dating ban was in place.