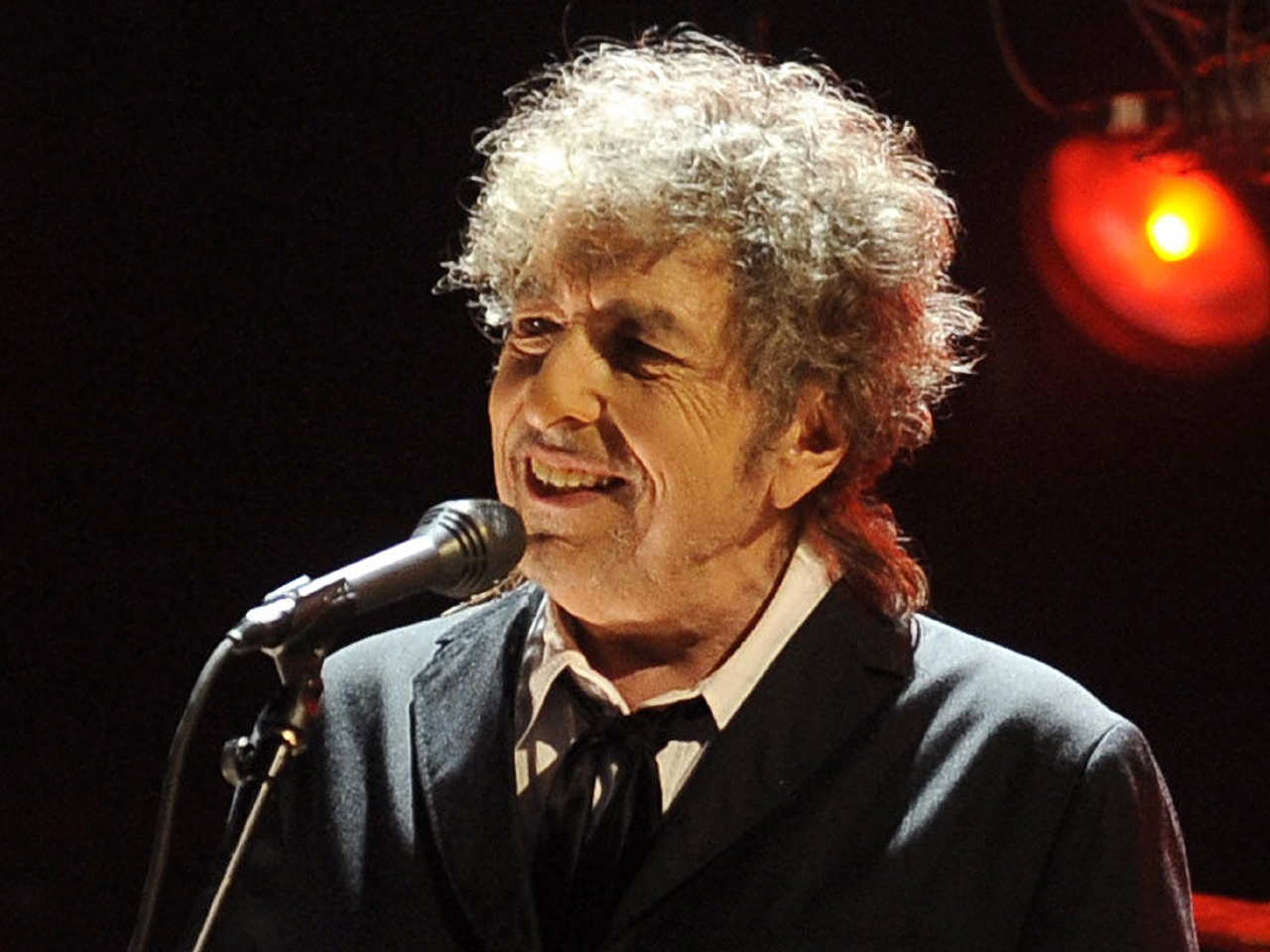 The 10-track collection has been called a "dark"; it's made up of songs about everything from a murder-suicide to the sinking of The Titanic. There's images of blood, corruption and violence throughout the set, which winds down with an ode to John Lennon in "Roll on John."

At 71, Dylan shows he isn't slowing down any time soon. "I ain't dead yet, my bell still rings," Dylan sings on the new song "Early Roman Kings." That bell continues to ring on stage, too, as Dylan will be on tour all fall with Mark Knopfler.

Critics have reviewed Dylan's latest effort, which has largely received praise. The Associated Press has called "Tempest" among the best albums of 2012. Here's a round-up of critics' reviews:

Will Hermes of Rolling Stone describes "Tempest" as one of Dylan's "weirdest albums ever...'Tempest' is musically varied and full of curveballs...Lyrically, Dylan is at the top of his game, joking around, dropping wordplay and allegories that evade pat readings and quoting other folks' words like a freestyle rapper on fire."

Jack Hamilton of The Atlantic: "Yes, Tempest, his 35th album, is really, really good. The most impressive thing, though, is that so many listeners still expect his albums to be."

Jim Farber of The New York Daily News gave it 2 out 5 stars: "On 2006's 'Modern Times,' he leavened the heaviness with delicately played music and leisurely beats. Dylan opens 'Tempest' with a similarly lessened sense of consequence...'Soon After Midnight' waltzes with sentiment. From there, things turn bad -- and, sadly, not in just the body count. The songs of personal desire and longing that defined Dylan's excellent recent works (1997's 'Time Out of Mind' and 2001's 'Love and Theft') have given way to swipes at more worldly themes of corruption, violence and evil. Dylan is working a larger canvas here, with a giant cast and a sprawling plot, told in songs that run from seven all the way up to 14 minutes. Unfortunately, you'll feel every minute of them."

David Bauder of The Associated Press: "'Tempest' is no doubt the best album you'll ever hear from a 71-year-old. If that sounds like damning Bob Dylan with faint praise, rest assured this is one of the best discs you'll hear by anyone this year, at any age. Rather, the point is made to marvel at the vitality of a man who's been making albums for 50 years and still manages to be relevant."

Joe Pareles of The New York Times: "Bob Dylan's voice isn't getting any prettier. At 71, on his 35th studio album, 'Tempest' -- and a full 50 years after he released his debut album in 1962 -- Mr. Dylan sings in a wheezy rasp that proudly scrapes up against its own flaws. That voice can be almost avuncular, the wry cackle of a codger who still has an eye for the ladies. But it can also be calmly implacable or utterly bleak, and it's completely believable when Mr. Dylan sings, in 'Narrow Way, 'I'm armed to the hilt, and I'm struggling hard/You won't get out of here unscarred.'"

Greg Kot of The Chicago Tribune gave Dylan's album 3.5 out of 4 stars: "It's a long, craggy album that drags at the end with two slow-moving dirges. But most of it is an inspired mix of blood and bawdiness."