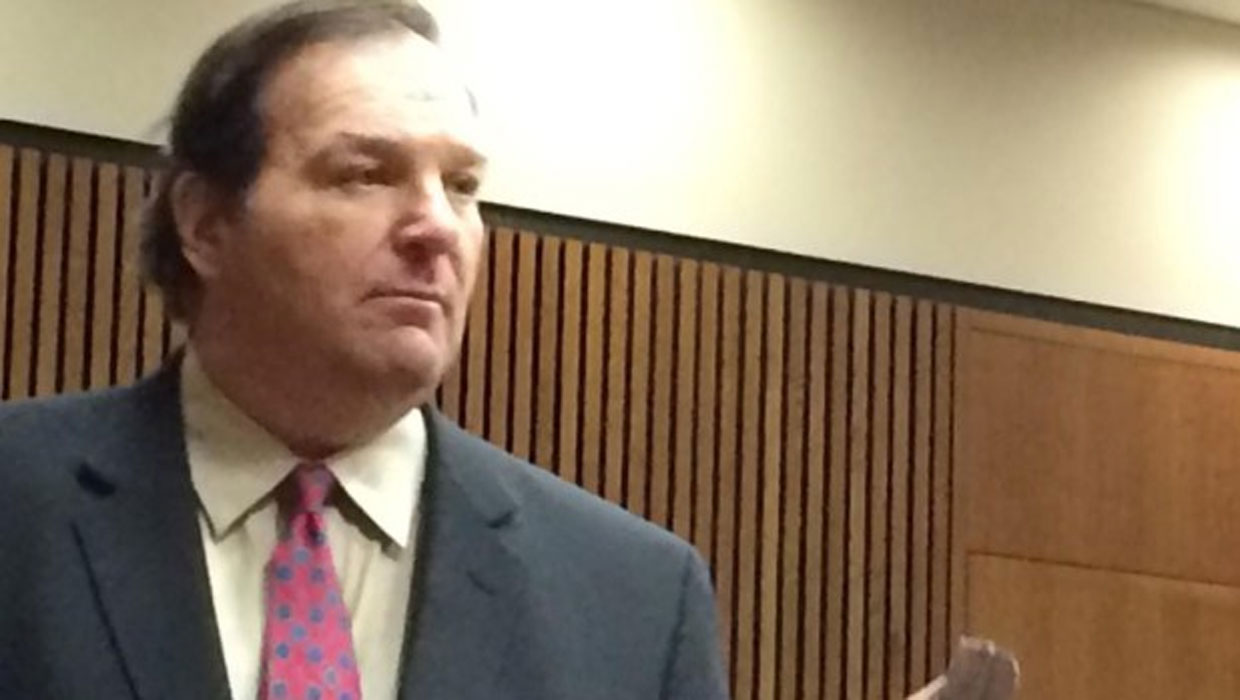 DETROIT - A Detroit-area man was convicted Thursday of murder in a plot to kill his wife so he could pursue a life of bondage and domination in an upper-class suburb with women who called him "Master Bob."

The salacious trial of Bob Bashara revealed his secret life in Grosse Pointe Park: a former Rotary Club president who used cocaine and hosted men and women at a sex dungeon under a bar called the Hard Luck Lounge.

Jane Bashara was strangled by a handyman in the couple's garage in 2012 before her body was discovered in her Mercedes-Benz in a Detroit alley.

Handyman Joe Gentz pleaded guilty to second-degree murder in 2012 and said Bob Bashara coerced him into committing the crime. But as Bashara's trial was set to begin in October, Gentz said he wouldn't testify.

Bashara didn't testify either, but repeatedly professed his innocence in the weeks after his wife's death, even attending a candlelight vigil.

Jurors convicted the 57-year-old Bob Bashara of first-degree murder in his wife's death and four other charges. He showed no visible emotions as he stood while the jury foreman read the verdict.

"He's in shock, very disappointed in the verdict," Michael McCarthy, one of Bashara's lawyers, told reporters.

Judge Vonda Evans showered praise on the jurors, saying, "I am at a loss for words to say how much we appreciate how much you've done.

Bashara is scheduled to be sentenced fo

r Jan. 15. First-degree murder carries a mandatory penalty of life in prison without possibility of parole.

"At the end of the day, the jury speaks and you respect that," another defense attorney, Lillian Diallo, told reporters.

Wayne County Prosecutor Kym Worthy said she hoped that the verdict "gives the family of Jane Bashara some respite."

In closing arguments, assistant prosecutor Rob Moran asked jurors, "What man would make his own elderly mother hide a gun for him? What kind of man has two women come to the marital bed and have sex with them while his wife is out of town?

"Is that what a man does who's in love with his wife? No. It's the ultimate act of betrayal," he said.

Jane Bashara was a marketing executive with a long record of service to her church and community. Nearly three years later, there still are lawn signs that say, "Justice For Jane."

Defense attorneys urged the jury to keep their focus on Gentz, not Bob Bashara. They said Bashara could have continued his affairs and lifestyle without getting rid of his wife.

"She is the breadwinner," Michael McCarthy said in his final remarks. "Why would he want her dead? ... There is reasonable doubt in this trial."

Bashara is already in prison for trying to have handyman Gentz killed in jail in 2012.