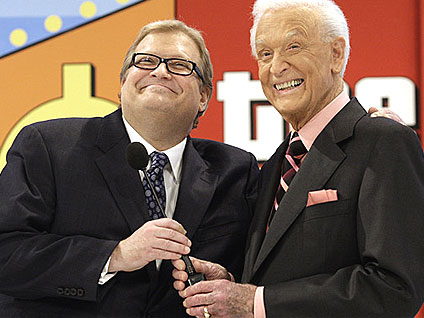 NEW YORK (CBS) Retired game show host Bob Barker is saying his seemingly controversial statements about current "The Price Is Right" host Drew Carey were not meant to be criticism.

On Tuesday, 86-year-old game show host suggested to TMZ in Los Angeles that Carey was a unexciting host, saying that Carey "does the show differently than I did...I tried to make the show really exciting, and he doesn't do that. He just plays the games."

"As for Drew, he's been charming and complimentary, and he had me on the show to plug my book 'Priceless Memories.' He devoted half of the show to me! He's a charming man, and kind and gracious. To think that I would say anything derogatory about him is idiocy."

Barker hosted the classic game show for 35 years before handing the reins over to Carey.

Radio station plays Rage Against the Machine song for more than a day
Thanks for reading CBS NEWS.
Create your free account or log in
for more features.
View CBS News In
CBS News App Open
Chrome Safari Continue
Be the first to know
Get browser notifications for breaking news, live events, and exclusive reporting.