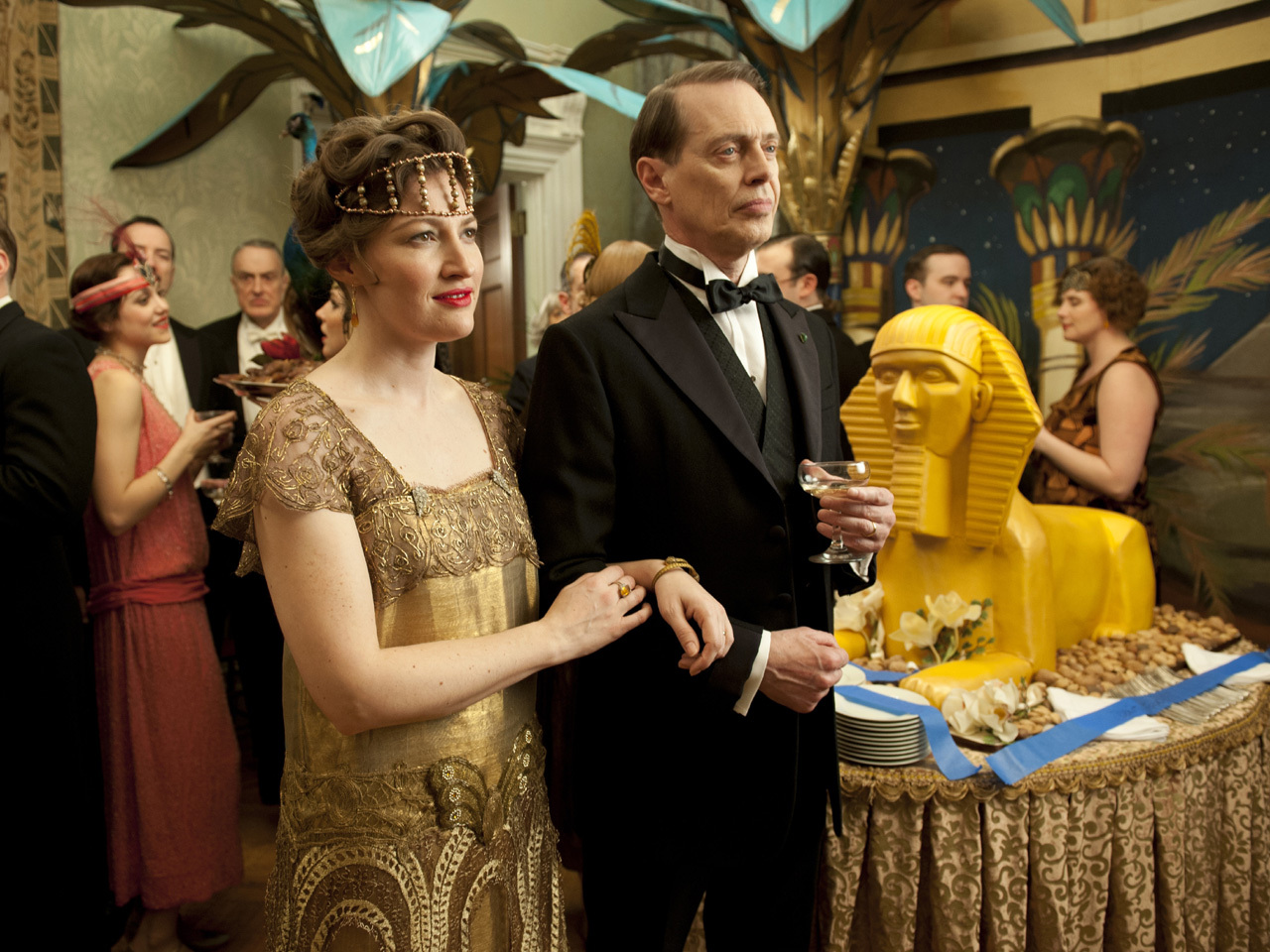 In the first two seasons of the award-winning HBO series, romance was somewhat elusive for Nucky, played by leading man Steve Buscemi.

He rules Atlantic City, N.J., as its city father, major-domo mobster and, with this HBO drama set in Prohibition days, its reigning bootlegger.

But never mind all that. Nucky wants love.

By now his overwrought mistress Lucy Danziger is history. His marriage to social climber Margaret Schroeder is over in every way but keeping up appearances.

How nice for Nucky that as the third season begins, he has lost his heart (or a reasonable facsimile) to Broadway chorine Billie Kent. And how nice, too, for viewers, who will surely fall for the actress who plays her, a budding It Girl named Meg Chambers Steedle.

"Boardwalk" picked up the action on Dec. 31, 1922, as Nucky and Margaret host a rousing New Year's gala. The entertainment: famed Broadway musical star Eddie Cantor teaming up with his slinky song-and-dance sidekick, Billie, who perform a fanciful number, "Old King Tut," for the ballroom full of revelers.

It's the viewers' first brush with Billie, but not the last. In the wee hours after the party, Nucky is seen ditching Margaret at home to rejoin Billie, who, stripped to her drawers, awaits him in bed at his boardwalk suite.

"This is the only place I can truly rest my head," says Nucky, resting his head in her lap.

She smiles. Then she playfully warns, "You aren't resting NOW," before climbing astride him.

This is Nucky as we've never seen him: the power broker as a lovestruck swain.

But who can blame him?

"Billie is really a breath of fresh air for him," says Terence Winter, the creator of "Boardwalk" and one of its executive producers. "She represents the whole idea of the youth culture that took over the 1920s - half-bohemian, half-adventurer, and out to have a good time."

"How the writers described Billie to me was, 'The second girl from the left,"' Steedle says. "She's 'the girl onstage who's not the lead, but the one you can't take your eyes off.' She's fun. She loves the limelight. And she's not where she wants to be: She's moving from the left, trying to get to the center."

At the end of season two, "Boardwalk Empire" left some viewers shocked; Thompson shot one of the show's main characters, Jimmy Darmody, in the head in the finale.

Winter says that the stakes will be even higher this season, and by the look of Sunday's episode we can already see that. On Sunday we were introduced to Nucky's new enemy, a ruthless gangster named Gyp Rosetti, played by Bobby Cannavale. It didn't take long before Rosetti killed an innocent bystander.

After the surprising season two finale, some viewers may have thought about throwing in the towel, as Darmody was an arguably crucial part of the storyline. He wasn't even mentioned directly in the season three debut.

Matthew Gilbert of The Boston Globe, for one, tells viewers to be patient.

"If you hang in there, you will be rewarded by some eventual dovetailing of story lines," he wrote about the upcoming season. "And anyway, hanging in there is very easy on a show with such dazzling production values, which turn the 1920s into a darkly lit dream, and such knockout performances."

Watch a preview below:

Tell us: What did you think of the season premiere of "Boardwalk Empire"?