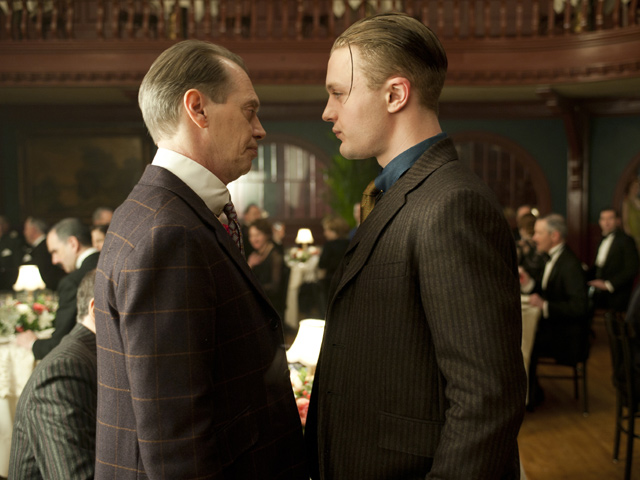 (CBS) "Boardwalk Empire" fans got a huge surprise on the series' second season finale last night, with the demise of one of the show's biggest characters.

"As much as I will miss working with everyone on this incredible project, I thought that it would be very shocking and I'm always drawn to that," Pitt said to EW.

Terence Winter, the show's executive producer, made the decision to kill off Pitt's character towards the end of shooting. Winter explained to EW that it was more authentic to have Enoch "Nucky" Thompson, played by Steve Buscemi, shoot his protege (Darmody), who both were in a power struggle for control fo the Atlantic City alcohol trade.

"If you take things to their logical extreme with the situation we created, Jimmy has betrayed Nucky, he tried to have him killed," Winter said to EW. "You want to be honest about the storytelling."

The show's dramatic ending caused fans to vent their outrage on Twitter and sent the internet swirling about the killing off of the show's second major character.

Though some were not as angry as they were just in shock.  "Boardwalk Empire... SHUT UP!!!! I'm freaking," singer Bethany Cosentino of the band Best Coast tweeted.

Pitt's breakout role was on "Dawson's Creek" and he has since starred in acclaimed films such as Bernardo Bertolucci's "The Dreamer's," Gus Van Sant's "Last Days" among others.