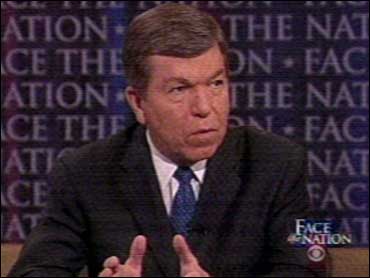 Missouri Rep. Roy Blunt, the No. 2 Republican in the House, announced Thursday that he is stepping aside after Democrats expanded their congressional majorities and captured the White House.

Blunt said he had long ago decided that if Republicans did not reclaim the majority in Tuesday's elections, he would step down from the difficult job of shepherding votes.

Blunt's move avoids a difficult intraparty battle with protege Eric Cantor, a Virginia Republican who's already campaigning for the job of Republican whip.

Blunt says it's time for a new generation of Republicans to assume leadership roles. Cantor is 45.

Meanwhile, conservative Indiana Rep. Mike Pence has been recruited by GOP Leader John Boehner of Ohio to serve as chairman of the Republican conference, the No. 3 leadership post vacated by Florida Rep. Adam Putnam on election night.