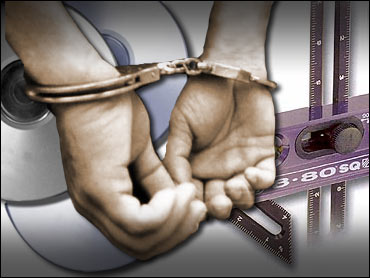 A burglar caught on videotape was arrested two days later when he applied for a job at the construction company he burglarized, deputies said.

The owner of JB Construction recognized the job applicant as the man on the surveillance video, which captured him taking a $100 laser level tool from the business and $1,000 in CDs from an employees' car.

Anthony Kaleb Phillips, 20, was still filling out the application when deputies arrived last week. Phillips was ordered jailed in lieu of $5,000 bail.

Phillips admitted to the burglary when investigators told him he was caught on a surveillance video, Bagwell said. He told them he went to the construction company Tuesday to apply for a job, but found the business unlocked and no one inside.

"He said his conscience bothered him and he wanted to return them," Bagwell said.

Deputies recovered 101 CDs and the tool from Bagwell's home.