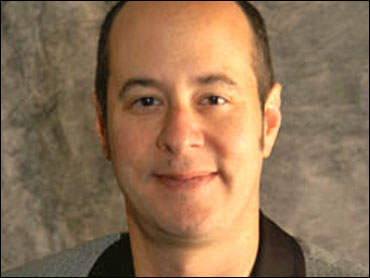 Michal Handzus scored twice shorthanded his countrymen Pavol Demitra and Lubos Bartecko accounted for the other two St. Louis goals as the Blues extended Atlanta's winless streak to 11 games by beating the Thrashers 4-1 on Tuesday night.

In the Blues' last eight games, the trio has accounted for 29 points, and Handzus couldn't be happier.

"We grew up in the same system and we speak the same language," Handzus said. "I think it's special that we play together."

So does Quenneville, who put the three on a line for the first time this season.

The first-ever game between the franchises was a contrast of teams heading in opposite directions. Atlanta is 0-10-1 in its last 11, and 3-21-4 on the road. The Blues are 9-2-0 in their last 11 and lead the Western Conference with 78 points.

Jamie McLennan, making a rare start in place of All-Star Roman Turek, made 13 saves. The Blues have allowed only 2.05 goals per game, the fewest in the league. St. Louis is 30-3-6 when allowing two goals or less.

Ray Ferraro scored his 15th goal for the Thrashers, who have not won since beating Philadelphia 1-0 on Jan. 14.

"They're a very good team," Atlanta coach Curt Fraser said. "They're quick and they move the puck extremely well. For us to beat them, we have to play mistake-free hockey. We didn't do it and we didn't win."

With the game tied 1-1 midway through the scond period, Atlanta committed two mistakes that ultimately cost the Thrashers the game.

While Tyson Nash was in the penalty box, Atlanta's Maxim Galanov leaped towards Handzus at center ice. Handzus got by and was off on a breakaway. He beat Scott Fankhouser at 11:41 with a wrist shot for his 15th goal.

"I was surprised he jumped at me," Handzus said. "I just threw the puck threw his legs and had a breakaway."

The second mistake came 35 seconds later when Bartecko carried the puck into the Atlanta zone and blasted a long slap shot past Fankhouser, making it 3-1. Fankhouser was replaced by Norm Maracle at the start of the third.

"We were happy with the first period, and we tied it up in the second," Fraser said. "Then we give up a short-handed goal and a goal to Bartecko and that's it. When you get down two goals to these guys, it's a long road back."

Handzus got an empty-net goal with 2:55 left, again while the Blues were shorthanded.

"We play the same penalty killing units together for the past two years," Handzus said. "That's why we scored the goals because we know where we're going and what we're doing there."

Ferraro tied the game at 6:03 of the second, beating McLennan with a shot from a bad angle.