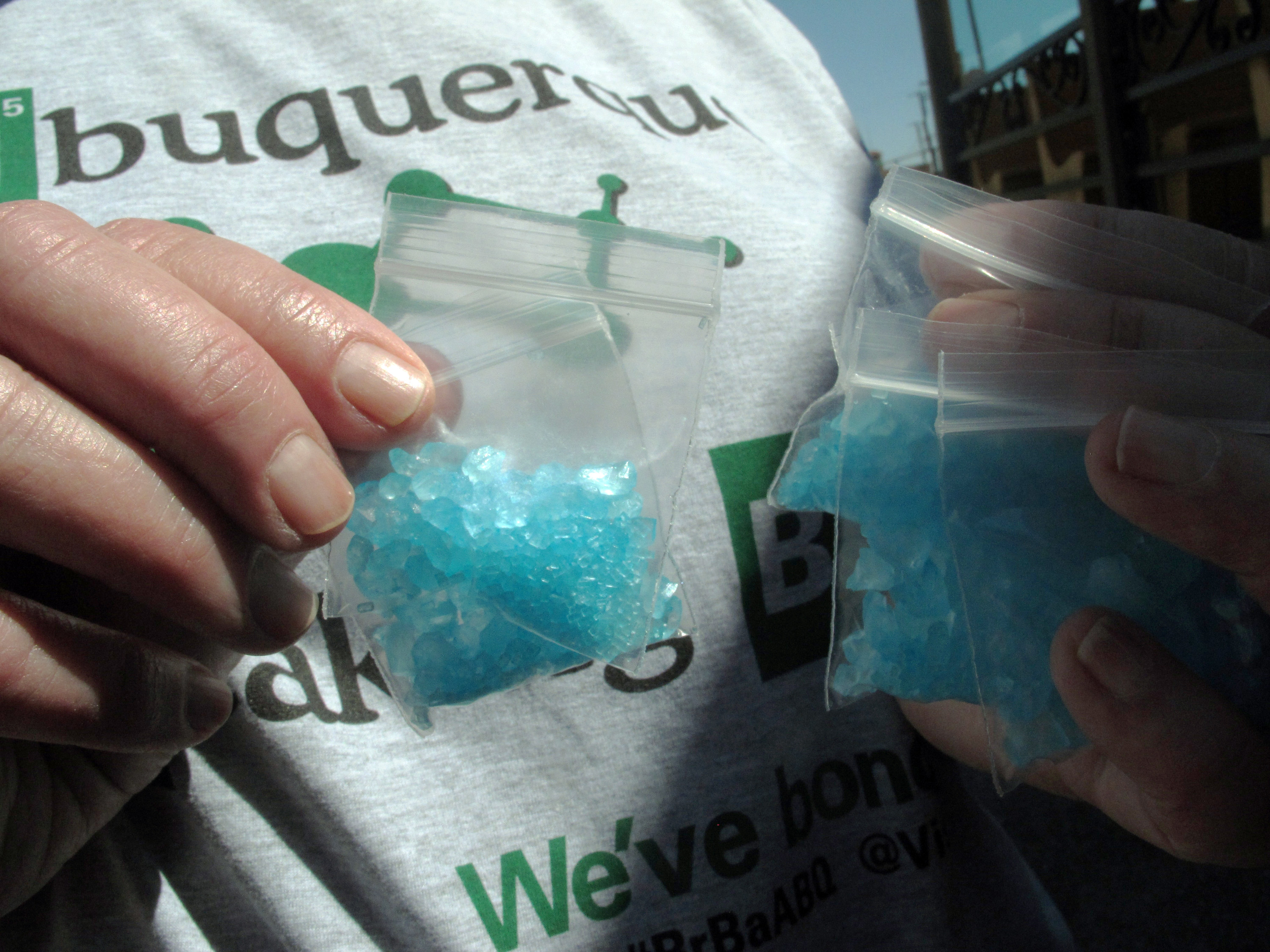 That mirrors AMC's hit drama "Breaking Bad," which depicted an Albuquerque-based meth operation that cooked up the drug with a blue hue.

Abar says tinting meth blue is a way for distributors to advertise and brand their product.

But he says the blue meth being sold makes people sick. He says it has been cut with chemicals to make it blue and is not the "pure" product portrayed on "Breaking Bad."