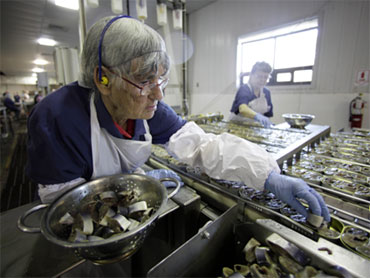 Campaigning for re-election in an unquestionably liberal city, Mayor Michael Bloomberg has broken with fellow Republicans and opposed President George W. Bush's pick for chief justice of the Supreme Court.

Bloomberg said he could not support nominee John Roberts because the judge had failed to indicate clearly during his Senate confirmation hearings whether he accepts the Roe v. Wade Supreme Court ruling that legalized abortion in 1973 as "settled law."

"What I was waiting for, as were many Americans, was a clear affirmation that the life-altering decision as to whether or not to have a child must be a woman's decision," Bloomberg said in a statement distributed to reporters Friday.

"Unfortunately, Judge Roberts' response did not indicate a commitment to protect a woman's right to choose."

Roberts sidestepped questions about his personal and legal views on abortion during three days of testimony this week before the Senate Judiciary Committee.

When questioned about Roe v. Wade, Roberts said the 1973 ruling legalizing abortion was "entitled to respect" as a court precedent, but declined to say how he might vote if given the opportunity to reverse the landmark decision.

Many Republicans have defended Roberts' refusal to answer directly questions about important legal issues, saying it would be inappropriate for him to talk about issues that might later come before him as a judge.

Bloomberg said he had hoped to hear Roberts make at least a "simple affirmation of Roe v. Wade, a decision which has had a long-lasting, profound impact in improving women's health and lives."

"There can be no turning back, and for that reason I oppose the nomination of Judge Roberts as chief justice."

The mayor's announcement was unlikely to influence Roberts' nomination, which has yet to be substantially challenged in the Senate.

It may, however, aid Bloomberg's re-election campaign.

Democrats vastly outnumber Republicans in New York, and Bloomberg — who left the Democratic Party four years ago to run for mayor — will need large numbers of them to cross party lines to win a second term this November.

His likely opponent is Fernando Ferrer, a former Bronx borough president who claimed about 40 percent of the vote in Tuesday's Democratic primary.