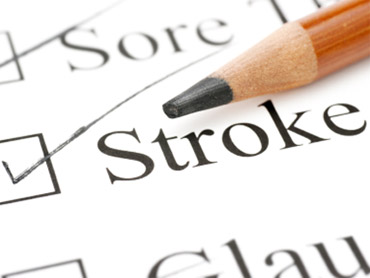 The research doesn't prove the link. But it fits with other studies that have tied A, B, and AB to heart attack and to blood clots in the legs. And type O has been linked to a heightened risk for bleeding, which implies less chance of the clots that are responsible for most strokes.

"There's increasing evidence that blood type might influence risk of chronic disease," said one of the study leaders, Dr. JoAnn Manson, chief of preventive medicine at Harvard's Brigham and Women's Hospital. "It's not at the level where we want to alarm people and we want to make that clear. But it's one more element of risk that people would want to know about," and it could encourage them to keep watch on their keep blood pressure and cholesterol, she said.

The study was led by Brigham's Dr. Lu Qi and was presented Wednesday at a meeting of the American Heart Association. It involved 90,000 men and women in two observational studies that have gone on for more than two decades.

Looking at the 2,901 strokes that have occurred during that time and taking high blood pressure and other stroke risk factors into account, researchers found that men and women with AB had a 26 percent higher risk of stroke compared to those with type O and that women with type B blood had a 15 percent greater risk compared to women with type O.

What explains the link between blood type and stroke?

Blood type depends on proteins on the surface of red blood cells. A pattern of immune system responses forms early in life based on them. Certain blood types seem to make red cells more likely to clump together and stick to the lining of blood vessels, setting the stage for a clot, Manson said.

"You can't change it, and we don't know if it's the blood type per se or other genes that track with it" that actually confers risk, said Dr. Larry Goldstein, director of Duke University's stroke center. "There are other things that are more important" than blood type for stroke risk, such as smoking, drinking too much and exercising too little, he said.

About 45 percent of whites, 51 percent of blacks, 57 percent of Hispanics and 40 percent of Asians have blood type O, according to the American Red Cross. Such people are called "universal donors" because their blood can safely be used for transfusions to people with any other blood type.

AB blood is the least common type. It's present in 4 percent of whites and blacks, 2 percent of Hispanics, and 7 percent of Asians.

B is second least common overall, in 11 percent of whites, 19 percent of blacks, 10 percent of Hispanics, and 25 percent of Asians.

The American Stroke Association has more on stroke.