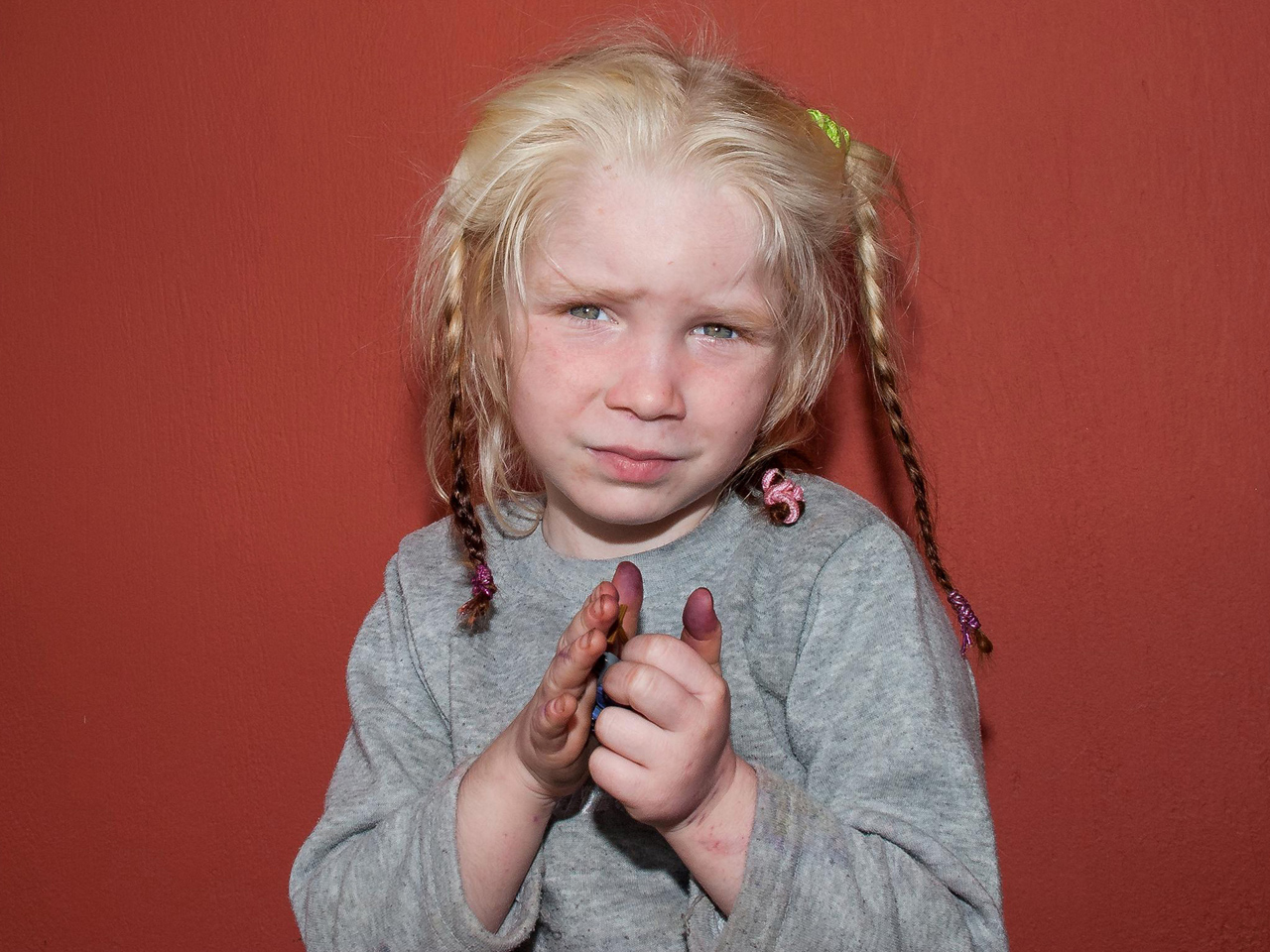 ATHENS, Greece The Greek police raided the camp in search of drugs and weapons, part of a crackdown on illegal activity in the Gypsy community. But during the operation, an accompanying prosecutor noticed something else that stood out: a blond, blue-eyed little girl.

Around 4 years old and going by the name Maria, the girl looked nothing like the couple she lived with, officials said Friday. DNA tests proved she wasn't their child, and further investigation raised even more suspicions: authorities allege the mother claimed to have given birth to six children in a total of less than 10 months, while 10 of the 14 children the couple registered as their own are unaccounted for.

As Greek officials now try to figure out the girl's true identity and whether the couple was linked to child trafficking rings, experts are using the case to point out the severe weaknesses in the country's birth registration system.

The child was found Wednesday near Farsala in central Greece. Police say they also found drugs and unregistered firearms in other parts of the Gypsy - or Roma - settlement, which is about 170 miles north of Athens.

The director of Greece's "A child's smile" charity, which is taking care of the girl, praised an observant prosecutor who went on the camp raid along with dozens of police. "She saw a little blond head poking out from under the bedclothes," Costas Giannopoulos told private Skai TV. "It struck her as odd, and that's how it all started."

The couple, a 39-year-old man and a 40-year-old woman, were arrested and charged with abducting a minor. The Greek police have asked Interpol for assistance in helping find the child's real family, while Giannopoulos' charity said it has sought the same assistance from international groups for lost or abused children.

"Her features suggest that she might be from an eastern or northern (European) country," regional police chief Panayiotis Tziovaras said of the girl.

The suspects are alleged to have offered conflicting initial accounts about how they came to have the child - that the girl was found in a blanket, that she was handed to them by strangers or that she had a foreign father.

But their lawyer, Marietta Palavra, said they took her out of charity, through an intermediary, while she was just days old from a foreign stranger who said she could not support her daughter.

Palavra acknowledged that Roma and other Greeks have been known to make multiple registrations of children to get more welfare benefits from the state, but insisted that she was not saying her clients had been motivated by that.

"Just because (the suspect) had forged documents, it doesn't make her a kidnapper," she said. "The couple loved the girl as if she were their own."

Greece's Roma community has for centuries been underprivileged and exposed to poverty and discrimination. According to the London-based Minority Rights Group, some 80 percent of the country's 300,000 Roma are illiterate. Some resort to criminal activity, engendering resentment from the larger Greek community.

In a statement, police said the couple had illicitly registered different numbers of children with authorities in three different parts of Greece.

Officers found another two little girls and a boy living with them in the settlement; their relationship to the couple hasn't yet been verified, but authorities say they bear a resemblance to the couple, whose pictures and identities have not been released.

It's easy to see how Greece's birth registration system can be exploited. Until just five months ago, there was no central register. Even now, births declared in different municipalities before early May 2013 are not cross-checked on a national basis.

A City of Athens statement Friday complained that "extremely problematic and antiquated" Greek law allows people to register babies as their own on the basis of one person's declaration backed by two witnesses. The statement said that, in practice, parents can delay registering their children until they turn 18.

The young girl found in the Roma settlement had been registered in Athens, from where the couple had obtained a birth certificate. Giannopoulos' charity said none of the children declared missing in Greece matched the girl's profile, and that she is undergoing medical examinations though she seems in overall good health.

"We are shocked by how easy it is for people to register children as their own," Giannopoulos said. "There is much more to investigate. There are other registered children that were not found in the settlement, and I believe police will unravel a thread that doesn't just have to do with the girl."