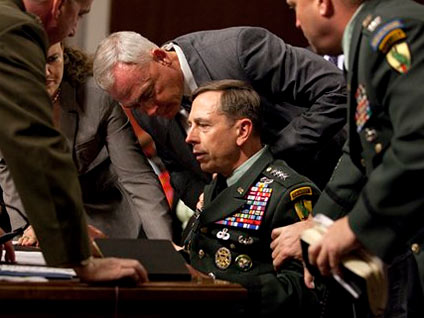 It's possible you may have looked at a "blog" to help make your decision whether to re-elect the "incumbent" during the recent "electoral" process.

And if you did, you weren't alone. Dictionary publisher Merriam-Webster is out with its list of the 2004 "Words of the Year."

Topping the list by a wide margin is the word "blog," which is generally used to describe an online personal journal. The word has shown up consistently since July on the daily top 50 list of words looked up on Merriam-Webster's sites.

"It's been there every single day," spokesman Arthur J. Bicknell said. "That's tens of thousands of lookups per month."

"Blog" will be added to the 2005 edition of the 11th Collegiate Dictionary. It's already in the online edition.

Coming in at number two was "incumbent," which describes President Bush.

The third spot was captured by "electoral," a word we're all probably tired of by now.

Other top words were "cicada" — the insects emerged from their 17-year cycle in May — and, speaking of cycles, "peloton," which is the main body of riders in a cycling race, such as last summer's Tour de France.

So how does the Springfield-based company come up with its list? They say it's all about usage. Each day, editors scour various publications in search of new words.

Online visitors to the Merriam-Webster Collegiate site were asked to nominate their favorite word, and "defenestration" won. The act of throwing someone or something out of a window was also the 10th most looked-up word online.