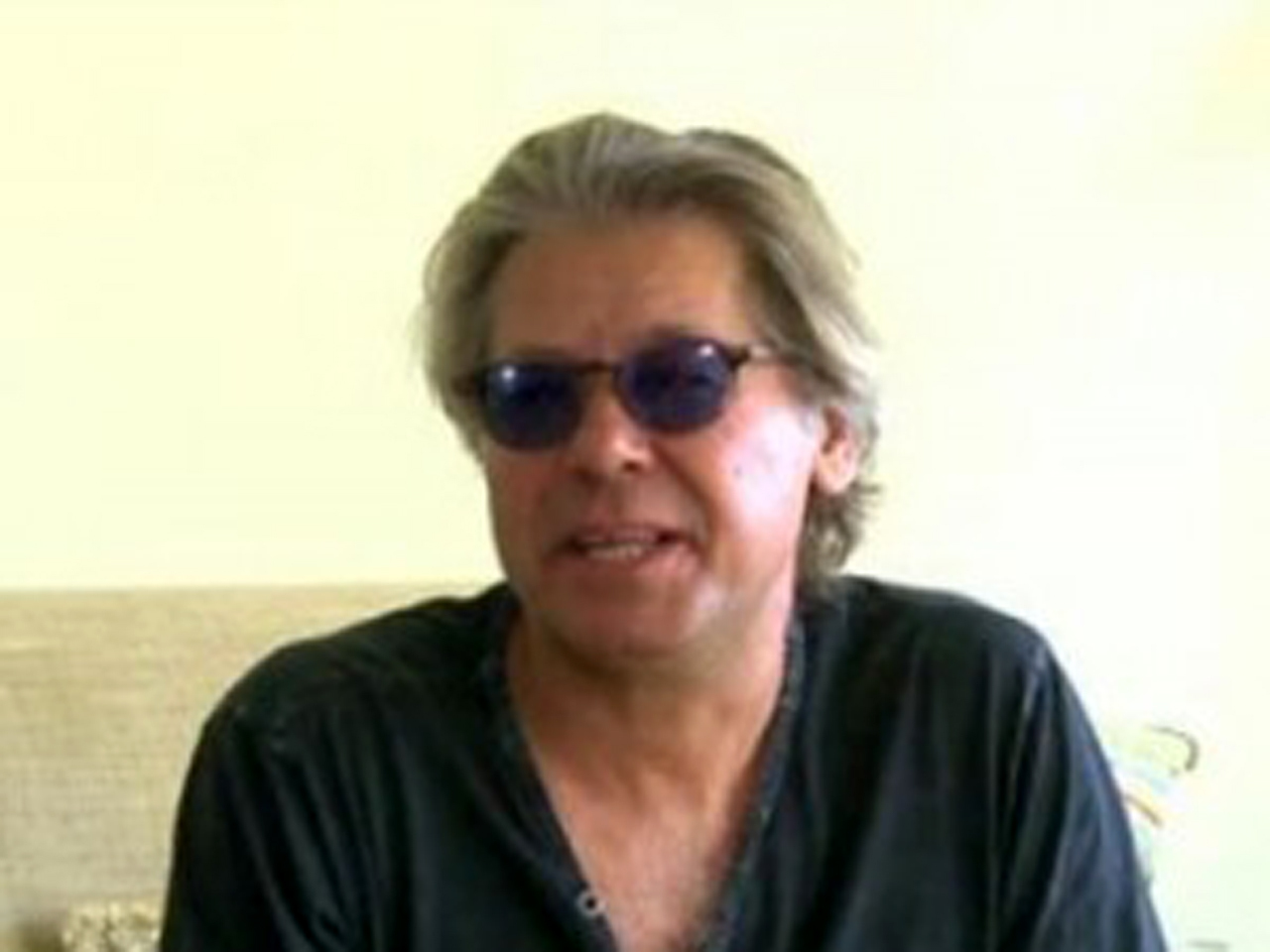 (CBS News) NEW YORK - A blind New York jazz musician is lucky to be alive after taking a fall onto subway tracks and being unable to climb back out, CBS News York station WCBS-TV reports.

Jeff Golub, 57, was brought to tears less than an hour after he returned home from the hospital Wednesday.

"I'm very grateful. It's shocking that I'm here," he said.

Golub was once a lead guitarist for Rod Stewart, but he lost his vision earlier this year when his optic nerve collapsed.

Since going blind, Golub said that he has been going out, with the help of his guide dog Luke, as much as possible.

But Golub may have been overzealous when he tried to board an approaching train at an Upper West Side subway station.

"I took a step, and there was no car, and suddenly I was on the track," said Golub. "I gotta get outta here, this train is gonna hit me, and I'm gonna get killed."

Golub panicked as he heard the train barreling down the track. He rushed to pull himself back onto the platform but couldn't make it. He was able to push himself between the platform and the train and was dragged as the conductor brought the train to a screeching halt.

A grateful Golub said he can't believe that he is still alive.

The sentiment was not lost on his family.

"We are so happy. 'Thank you God' is all I literally have to say," said his wife, Audrey Stafford.

Golub had advice for anybody who is blind.

"Don't be afraid of the fact that you can't see; people accept that," he said.

It's something that Golub has learned to accept a little bit more. He and his wife are now cherishing life with all of its obstacles.

"We are happy and healthy and life is great," Audrey said.

Golub suffered minor cuts and bruises in the accident, and continues to tour and play music despite being blind.