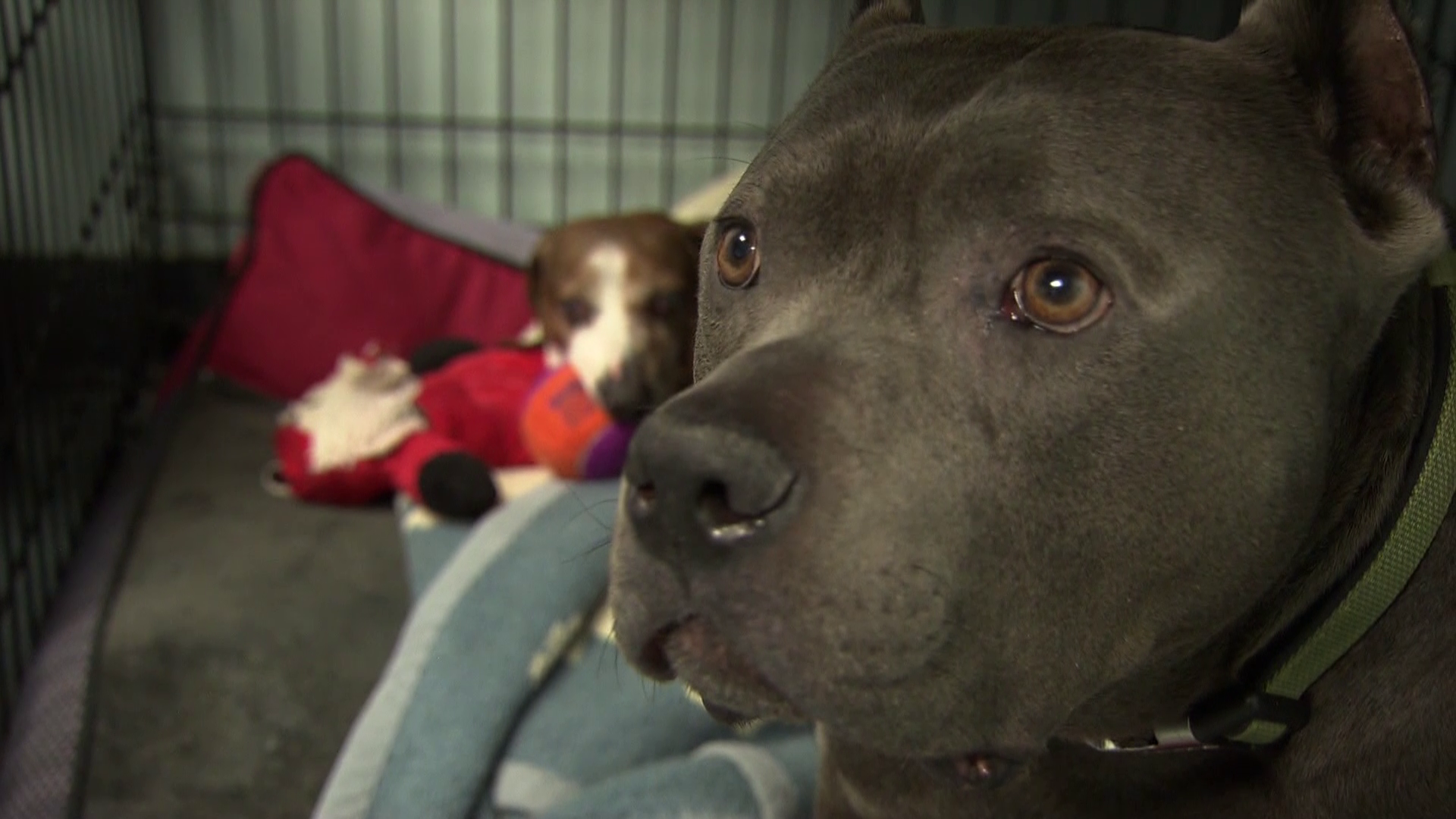 RICHMOND, Va. -- Here's a tale that has the makings of a storybook. The only thing it's missing is someone to write a happy-ever-after ending.

O.J. is basically blind and has a habit of running into things. Blue Dozer is his guide dog.

O.J. and Blue Dozer are inseparable.

"He only loves him, like, with a vengeance," Peters said. "He loves him and no harm will ever come to this dog."

And it's a good thing they have each other. Lately, life hasn't been easy. Last month, their owner became homeless and brought them to the shelter in desperation.

"And her plea to us was -- as we're all like crying behind the front desk -- if they could please stay together," Peters said. "We put them on Facebook. We got a lot of coverage because they are ridiculously cute."

In fact, they went viral. They were adopted by someone who promised to keep them together. But just a few days later O.J. was found abandoned and alone.

"We promised that we would keep them together and their life would be great," she said.

So she brought O.J. back to the shelter and convinced the adopter to return Dozer.

Now, reunited, they're living in her office while waiting for a new home. Dozens of potential owners have applied, but Peters wants to make sure they'll never be separated again.

"We want it to be about the love of the dogs," Peters said.

And the love of two dogs for each other.