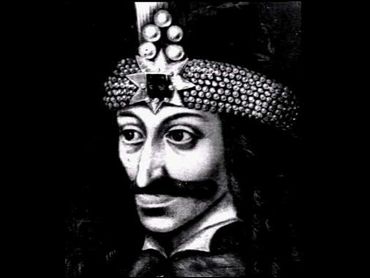 Romania will open a Dracula theme park at a lakeside resort near the burial site of Vlad the Impaler, the real-life Romanian prince who inspired the vampire myth, tourism officials said Wednesday.

After a year of wrangling between building the tourist attraction deep in the Transylvania region or closer to Bucharest, officials announced the park will be built near Snagov Lake, an upscale resort 25 miles north of the capital.

A study found a park devoted to the legendary vampire would attract more than a million tourists a year if located near Bucharest. That's compared to 600,000 tourists if it were built near the birthplace of Prince Vlad in the Transylvanian city of Sighisoara, the initial plan.

Estimated to cost $31.5 million, the park's planned attractions will include restaurants, hotels, a zoo, a golf course and a Gothic castle with spooky effects. The park will be built on government land and could cover up to 520 acres, Tourism Minister Dan Matei
Agathon said.

The body of the sadistic count, who inspired Bram Stokes' 1897 novel "Dracula," is said to be buried in a monastery he built on a small island on the lake.

Legend has it that the bloodthirsty prince captured invading Turks and common criminals and impaled them on stakes in public market places.

Many Romanians consider Vlad a national hero for his heroic battles against the Ottoman Empire and his intolerance of corruption.

But Vlad only gained world fame after Stoker's best-selling novel was published. The book changed the image of the Romanian nobleman from warrior prince to spooky bloodsucking count, inspiring dozens of plays and movies worldwide.

Conservationists were opposed to the park being built in the Transylvania region, concerned that heavy tourism and construction would damage a medieval citadel in Sighisoara and a protected oak forest.