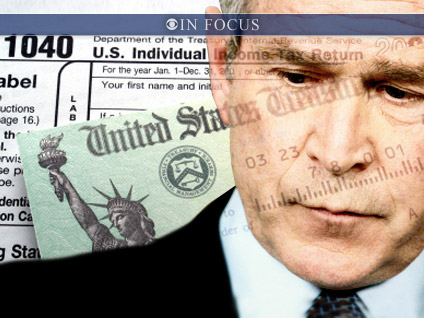 Egypt's president vowed on Saturday to hunt down terrorists who unleashed a rapid series of bombs in this Egyptian Red Sea resort, devastating a luxury hotel and a coffee shop and killing at least 88 people.

With an al Qaeda-linked group claiming responsibility, Egypt tightened security at other busy tourist sites like the Pyramids and Luxor, and the government and British tourist agencies sent large aircraft to the Sinai to fly home now-nervous tourists.

Rescue workers gave up the search for more dead or survivors at the Ghazala Gardens hotel, where a car bomb blast flattened the reception area. A few body parts were still being found, but emergency personnel said they did not expect major increases in the death toll.

Carol Flowers, a local hotel manager, told CBS News Correspondent Lou Miliano that the scene on the ground was horrific. Miliano reports that one witness heard as many as two dozen explosions.

Egyptian police detained at least 20 people, including local Bedouin tribesmen, for questioning but were not currently suspected of involvement in the blasts, said security officials speaking on condition of anonymity because of the investigation was ongoing. The men were detained near the scene of the bombings.

Pope Benedict XVI was among world political and religious leaders deploring the attacks, calling them "senseless acts." He appealed to terrorists to renounce violence.

One car was packed with 660 pounds of explosives and slammed into the reception of the Ghazala Gardens in Sharm's Naama Bay, the main strip of hotels, officials said. The second bomb weighed about 440 pounds and exploded in a nearby area called the Old Market, frequented mainly by Egyptians working in the town's resorts.

A third bomb, believed hidden in a sack, detonated around the same time near a beachside walkway where tourists often stroll at night.

A total of 88 people were confirmed dead, said Dr. Saeed Abdel Fattah, manager of the Sharm el-Sheik International Hospital where the victims were taken. Among the dead were two Britons, two Germans and an Italian, he added, and Czech officials said one Czech tourist was also killed.

There were conflicting claims of responsibility. Several hours after the attacks, a group claiming ties to al Qaeda issued a claim on an Islamic web site.

Hours later, a previously unknown group calling itself the Holy Warriors of Egypt faxed a statement to newspapers discounting the al Qaeda claim and saying it carried out Saturday's attack. It listed the names of five people it said were the bombers.

The authenticity of the statements could not be immediately verified.

A top Egyptian official said there are some indications the latest bombings were linked to last fall's Taba explosions.

"We have some clues, especially about the car that was exploded in the Old Market, and investigators are pursuing," said Interior Minister Habib al-Adli. He called it "an ugly act of terrorism."

The United States, Israel and European and Middle Eastern countries condemned the attacks, and neighboring Jordan said it was immediately tightening security at its tourist sites.

Egyptian President Hosni Mubarak flew into Sharm el-Sheik and inspected the scene at the Ghazala hotel. Heavily armed security forces guarded him throughout.

"This cowardly, criminal act is aimed at undermining Egypt's security and stability and harming its people and its guests," Mubarak said later during a live nationally televised broadcast. "This will only increase our determination in chasing terrorism."

U.S. President George W. Bush spoke by phone with Mubarak to offer his support. "Standing together with the rest of the civilized world, we will win the conflict against this global scourge," White House press secretary Scott McClellan said in a statement.

"Terrorism has no nationality," Egyptian Prime Minister Ahmed Nazief told The Associated Press. "This is a terrorist act and ... can't be explained or justified."

Eight Britons and three Spaniards were confirmed injured by officials from their countries.

An estimated 9,000 British tourists were believed to be in Sharm, said Association of British Travel Agents' spokeswoman Frances Tuke. Some British airlines have started sending extra planes to the resort to return home tourists who want to cut short their stays.

The lobby of the 176-room Ghazala hotel collapsed into a pancaked pile of concrete.

On the other side of Sharm in the Old Market, a second car bomb in a minibus parking lot sent a ball of flaming wreckage shooting over a nearby beach and into the sea and littered the sand with body parts. Overturned chairs, broken water pipes and pools of blood were scattered around a ravaged coffee shop nearby, where 17 people, believed to be mostly Egyptians, were killed.

"The country's going to come to a stop. That's it!" sobbed Samir al-Mitwalli, who arrived in Sharm only a month ago to work as a driver. "Who's paying the price? ... Whoever did this wants to destroy the economy."

Sharm el-Sheik has expanded at a furious pace in recent years, making it a major player in Egypt's vital tourism industry. It has also been the host to multiple summits for the Israeli-Palestinian peace process, and Mubarak has a residence where he spends the winter.

The attacks last fall in Taba ended a long halt in Egyptian militant violence. The last major attack had been in 1997, when Islamic militants killed 58 foreign tourists and four Egyptians at the Pharaonic Temple of Hatshepsut outside Luxor in southern Egypt.

There were signs that the bombings were by suicide attackers. Witnesses at the coffee shop reported the attack vehicle was moving when it blew up, and the governor of South Sinai, Mustafa Afifi, said the car in the Ghazala attack broke through security into the front driveway before exploding.

"This is a security farce," said Omar Ezzideen, owner of a children's clothing store in a nearby mall whose windows were shattered. "How can something like this happen here? How could (explosives) enter here? The national economy is based on this."