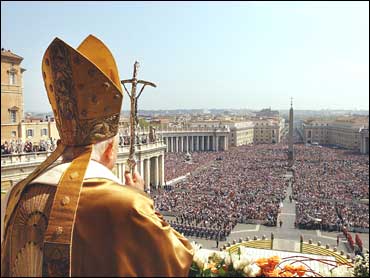 "Wireless technology and the people starting to use more and more wireless services have put tremendous upward pressure on the prices of local calling," Smith said. "Payphones are a very expensive business to run and with a decline of about 23 percent in usage and revenue over the past 2½ years, we had no choice but to begin raising prices."

Nonsense, replies Gene Kimmelman of Consumers Union in Washington, DC, one of the areas served by Verizon.

"That price is just simply a colossal rip-off," Kimmelman told CBS Radio News producer Tom Ryan. "You can place a call even on a wireless phone for much less than that. It's clearly an unfair price, and it's only do-able because there's no competition for pay phones."

"The problem is the people who use the payphones are the people who can't afford the cell phones," said 22-year-old Jon Prosnit of Somerville, Mass., as he rummaged for change outside the Park Street Subway station.

Smith defends the rate increase. "Qwest, one of the other regional companies, and SBC communications both raised their local payphone prices to 50 cents and we held off as long as we could," he said.

"The process of changing prices involves changes at each individual phone and will take several months to complete," the company said in a press release. "In some areas, market conditions are not right for a price change at this time." Those states reportedly include New York, New Jersey, Connecticut, Rhode Island and West Virginia.

"Who uses a pay phone anymore?" said Greeno hanging up his cell phone. "Whoever does is a nitwit."

"They're just trying to migrate people from using pay phones, which are often very inconvenient and with unlimited calling once you've made the initial 25- or 35-cent payment for a local call and move them over to wireless where you pay by the minute," said CU's Kimmelman.

Later this year, Verizon plans to test market 10-cents a minute local calls in certain markets in an attempt to attract pay phone users looking to make a quick call.

Such phones have already been introduced in high-traffic areas of Washington, D.C. and Philadelphia. Massachusetts is a "prime candidate" because of its high concentration of public transportation sites, schools and urban neighborhoods, Verizon spokesman Jack Hoey said.