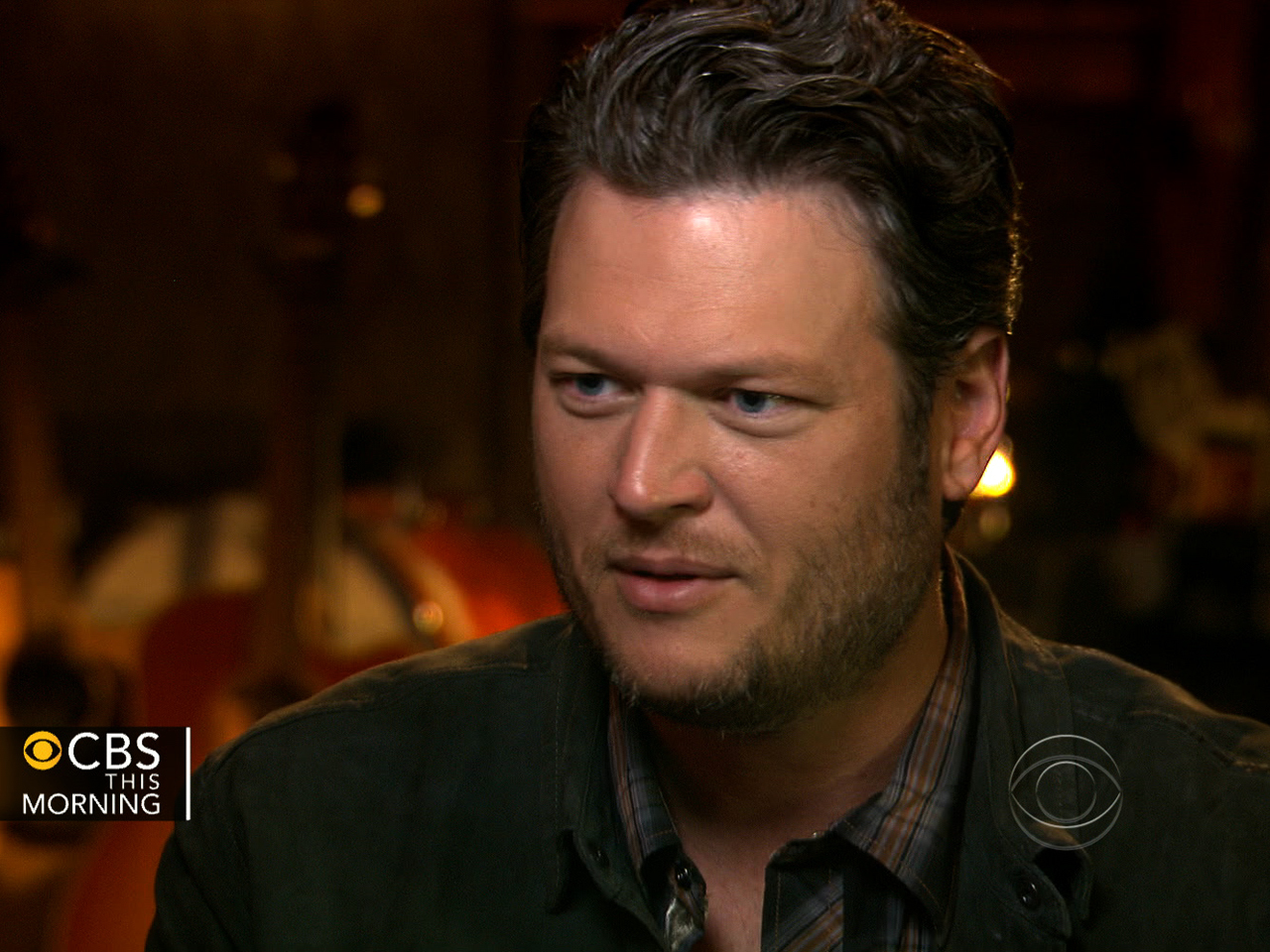 (CBS News) Country music singer Blake Shelton is in the headlines as much for his professional success -- his No. 1 country album, "Based on a True Story," and hosting gig for the Academy of Country Music Awards -- as he is for his personal life with fellow country star Miranda Lambert.

Shelton, who married Lambert in 2011, has made tabloid covers over the past year. Headlines have repeatedly shouted questions about his fidelity.

But in an interview with "CBS This Morning" co-host Gayle King, Shelton said he enjoys the spotlight -- even if it's negative. "I honestly do love it," he said. "I just know that -- to have that kinda coverage and I'm popular enough that they wanna put me and Miranda on that stuff and that's awesome. I got a album comin' out."

As for the rumors themselves, Shelton said, "Yeah, well, you know, I just don't think my fans either are buyin' into it or have time to give a cr -- I mean, who has time to care these days?"

Earlier in the interview, Shelton, asked when he knew Lambert was the one for him, said, "I don't know that I ever really ever had any doubts that she was the one for me. ... We've had our ups and downs for damn sure along the way, you know, I just could not imagine her not being in my life, I just couldn't get over her, I know I can't."

For more with Shelton on his life with Lambert, his career and comments he has made that he regrets, watch the video in the player above.

You can watch the Academy of Country Music Awards at 8 p.m. ET on CBS.