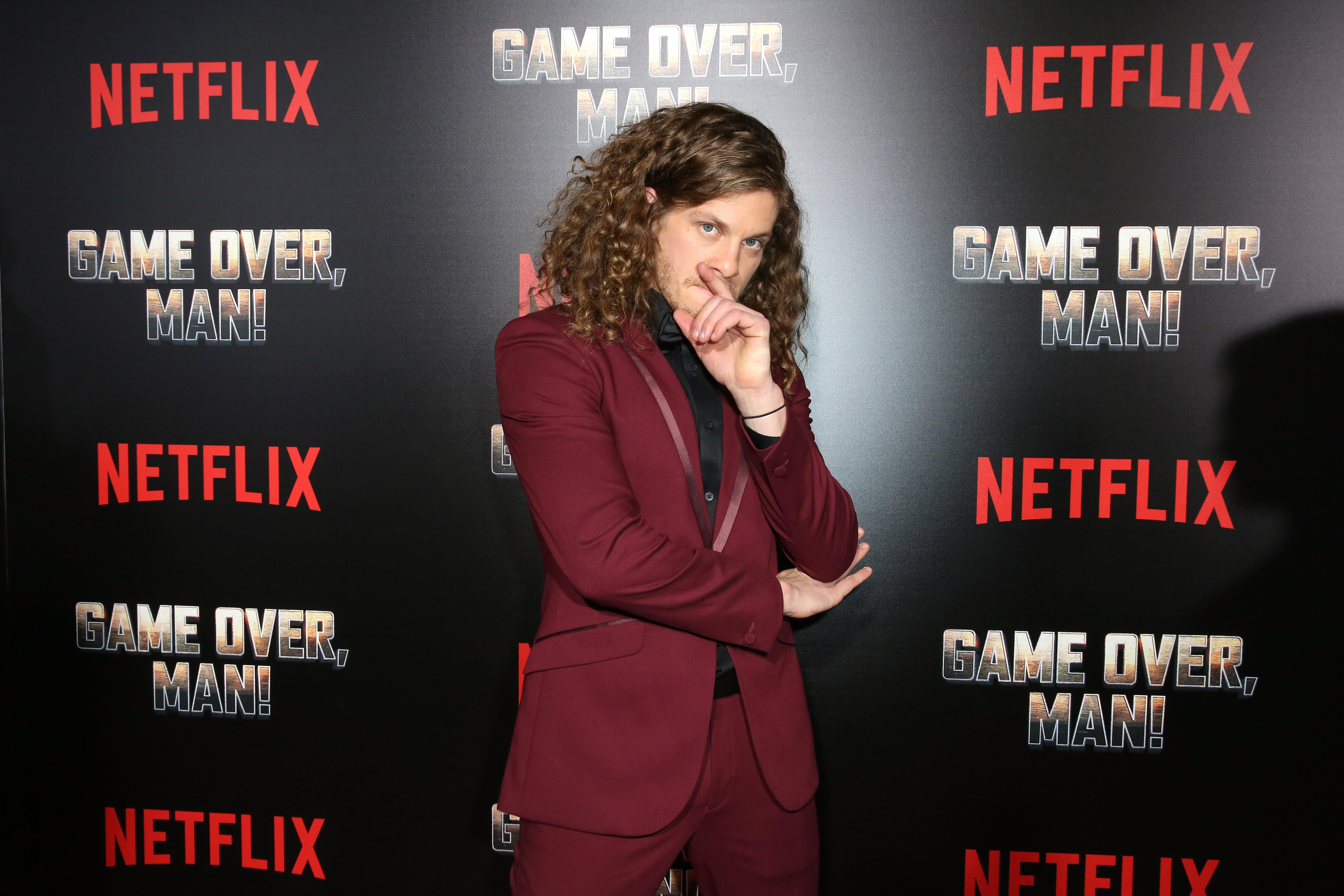 Blake Anderson does not care what the critics think, especially not when he's having fun with his former "Workaholics" colleagues. The actor, who recently wrapped on the Netflix film "Game Over, Man!" told CBS News about why he's unfazed by negative reviews and what he's been up to after "Workaholics," which wrapped last year.

Anderson teamed up with Dos Equis to star in retro commercials for their special edition beer, Cinco Equis, for Cinco de Mayo. When asked if he was offended that the beer brand is not billing him as "the most interesting man in the world," he said, "From what I've heard, it's because I can't grow a great beard and I told them I'll take whatever steps necessary, to get some kind of face plugs or I can do makeup. I've seen a couple movies like 'Beauty and the Beast' and I'm pretty sure that guy wasn't that hairy."

Though Anderson still works with his "Workaholics" co-stars Adam DeVine, Anders Holm and Kyle Newachek, he said, "I miss my buddies. I still get to see them but not as much." The crew dropped "Game Over, Man!" on April 20 (4/20, though the stars consume more salvia than marijuana in the film), which received a paltry 9 percent "Fresh" rating on Rotten Tomatoes.

But Anderson said, "My theory with critics, pretty much, is if I make something and I'm happy with it myself, then it doesn't matter too much what other people think ... I really like the movie. I think it's super funny. And also, yeah critics are really stupid."

Anderson and his "Workaholics" family have another Netflix movie in the works called "Eggplant Emoji," in which one of the main characters "cuts off their private part and they have to get the private part back to the guy," says Anderson, who claims it's part of a "trilogy" in which one character has his genitals cut off.

Anderson said of working with DeVine, Holm and Newachek, "I truly have the dream job. I get to make funny content with my best friends and I'm willing to ride that wave as long as possible."

The comedian says he has to tone down his humor for his NBC pilot "Like Family," but is still playing the "stoner neighbor."

"I know my place," he deadpanned.