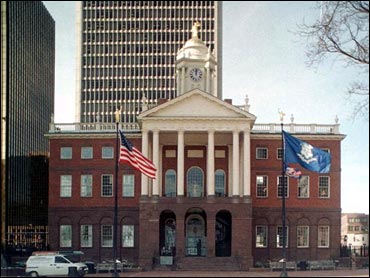 A section of downtown Hartford, Connecticut, is without electricity early Wednesday after an underground fire caused an explosion that shot flames 20 to 30 feet into the air from manholes.

Mayor Eddie Perez said it was not clear whether the problem would be fixed by the time businesses opened Wednesday morning.

Perez said the outage has been confined to the central business district, where there are few residential buildings and most businesses have backup generators. But he said there are no backup systems for the traffic signals.

Firefighters stationed near Bushnell park reported seeing flames shooting up from manholes at about 10:30 p.m. Tuesday at Jewell and Pearl streets.

Connecticut Light & Power Co. sent crews to the scene to diagnose and repair the problem. It was not immediately clear what caused the fire and explosion. CL&P reported 145 customers without power at midnight.

Telephone service was also knocked out, but the 911 system has remained online, Perez said.

The lights atop the city's landmark Travelers building remained on early Wednesday, while some restaurants, bars and hotels went dark.