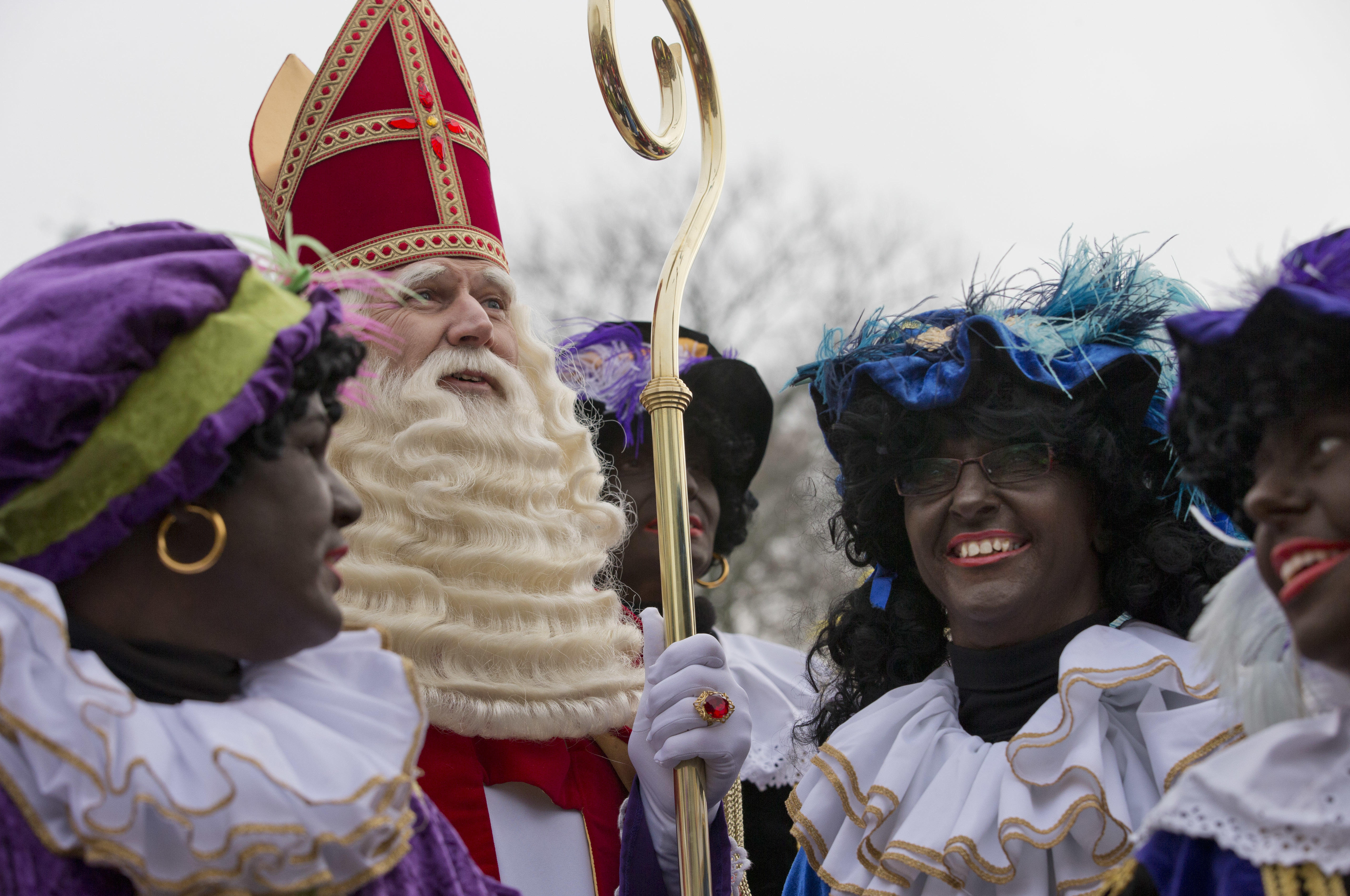 THE HAGUE, Netherlands — As Dutch children anticipate the arrival of their country's version of Santa Claus this weekend, critics and fans of his helper, Black Pete, are gearing up for protests that have become another fixture of the festive season in the Netherlands.

White people often daub their faces with black paint when they dress up to play the character. Opponents argue the annual recreations of Black Pete promote racist stereotypes. Supporters defend the sidekick of Sinterklaas, the white-bearded, red-robed Dutch version of St. Nicholas, as a traditional children's character.

A nationally televised arrival parade takes place Saturday in the picturesque village of Zaandijk, north of Amsterdam. Sinterklaas and his helpers are set to arrive on a boat and then tour the village. One group unsuccessfully tried in court to keep Pete from the party.

Geralt Lammers, a spokesman for Zaandam municipality, which includes Zaandijk, said four groups, two in favor and two against Black Pete, have said they plan demonstrations. The municipality has assigned specific areas for the protests to avoid possible confrontations between the pro- and anti-Pete camps.

The most prominent group, Kick Out Black Pete, said on its Facebook page that it is organizing weekend demonstrations in 18 Dutch municipalities, but not in Zaandijk. The far-right Netherlands People's Union is one of the groups planning to demonstrate in support of the Christmas character.

Dutch Prime Minister Mark Rutte entered the debate Friday, calling on all protesters not to spoil the festivities for children.

"I think society agrees on one thing: we grant children the magic of the Sinterklaas party," Rutte said at his weekly press conference.

NTR, the public broadcaster responsible for the televised event, said the Black Petes in this year's parade will have faces made up in various shades. In recent years, the color of the character's face has been attributed to smudges of soot from going up and down chimneys to deliver gifts.

"The more often a Pete has been through a chimney, the more soot he or she has on their face," NTR said in a statement earlier this year.

Anti-Pete protesters took their arguments to court this week, arguing the character was racist and discriminatory. Afro-style wigs are part of some costumes as well as blackface makeup, though fewer than in past years. But a judge refused the request to keep Black Pete out of the parade.

In 2014, an Amsterdam court said Black Pete's appearance, in combination with the fact that he is often portrayed as dumb and servile, makes it "a negative stereotype of black people." The court said the city must rethink its involvement in holiday celebrations.