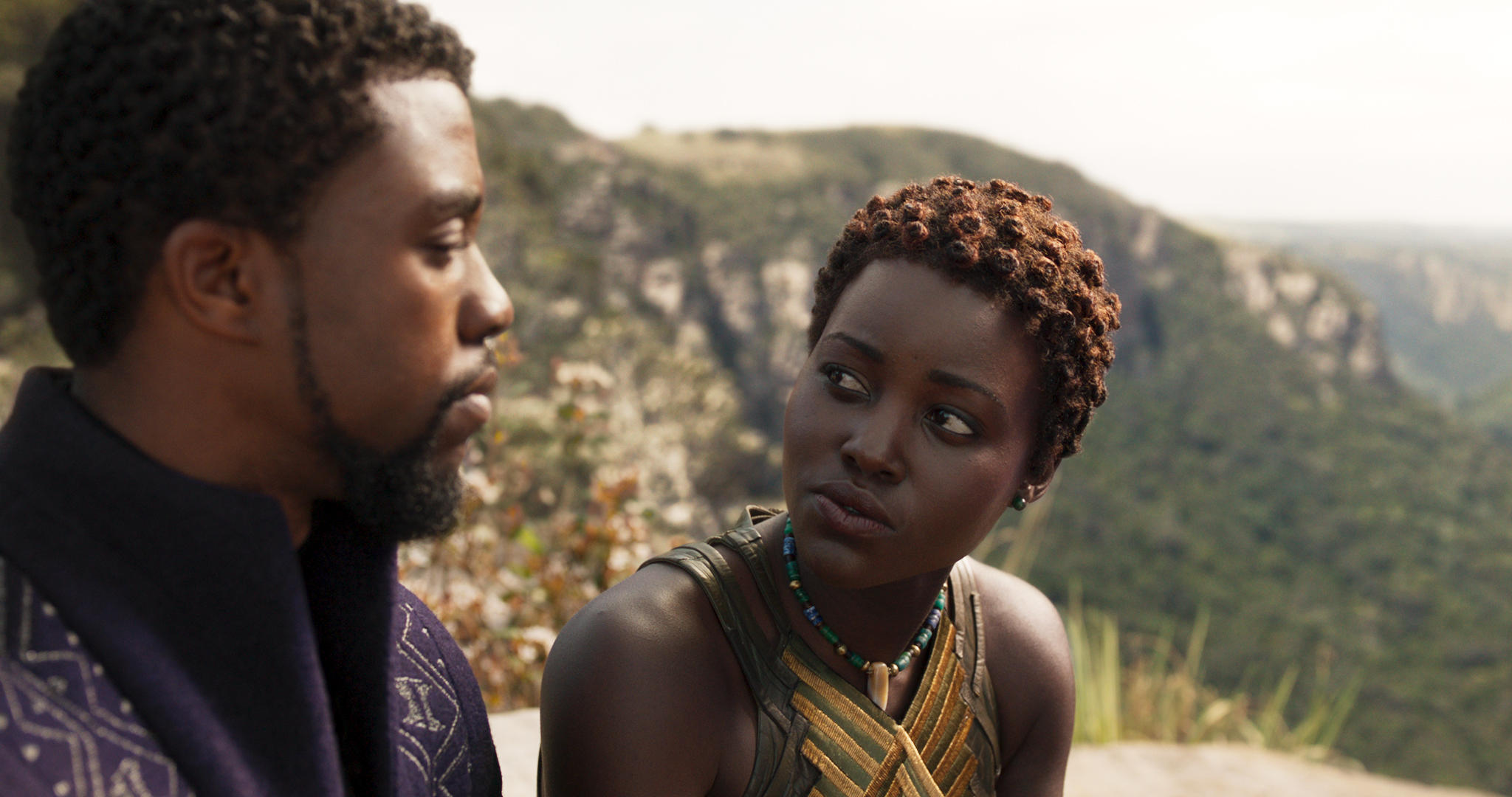 Nate Moore grew up rifling through 25-cent comic book bins, where he stumbled upon "Black Panther," the first superhero he saw who looked like him. Decades later, it's all coming full circle for the Hollywood power player. His passion for superheroes led him to Marvel Studios, where he served as executive producer on 2014's "Captain America: The Winter Soldier" and 2016's "Captain America: Civil War." After introducing Black Panther in "Civil War," Moore is breaking ground by bringing one of Marvel's most consequential heroes to the big screen in a lead role.

"Black Panther" marks the first movie with a black title character in the Marvel Studios franchise, and the significance of the moment is not lost on Moore. The producer says he's excited not just to tell Black Panther's story, but also to share share positive messages with the black community.

On Monday, Moore delivered an hour-long lecture in the Bronx for Ghetto Film School, a nonprofit based in the Bronx and Los Angeles that provides young, local talent with the resources to pursue creative careers, free of charge. The organization was founded in 2000 by a former social worker with the mission to foster great storytelling. Moore answered questions from Ghetto Film School students and alumni and touched on topics ranging from starting a career in the film business to working with Kendrick Lamar, who produced the "Black Panther" soundtrack.

Moore talked to CBS News about why "Black Panther" is a game-changer.

Q: Why is the Black Panther character important to you?

A: When I was a kid, combing through the 25-cent [comic book] bin, there weren't a lot of people back in the day that looked like me. And there was something about this character that I really responded to, because as an icon, you're drawn to people that look like you. And as I read about the character I found the world of Wakanda really interesting because that notion of this place that was the most technologically advanced nation in the world, but in the center of Africa, seemed revolutionary.

And with Black Panther you think, "Oh, he exists as a peer to the Fantastic Four, which I understand to be one of the coolest things in the world. Well, by proxy, he's pretty cool, too." I was a big Avengers fan and he always had a very specific point of view, so I thought his characterization made him unique beyond even just the iconography of the all-black costume.

As the king of Wakanda, his citizens are asking him to do acts as a superhero and king, and somewhere in the middle he finds himself sacrificing a piece of himself to try and satisfy both. And I found that heroic nobility really compelling.

Q: As a producer, how do you weave politics into crafting a great story that anyone can enjoy?

A: During one of our first conversations with [director] Ryan [Coogler], I said, "Look, we don't have to lean into the politics of anything because the existence of this movie is political." Between Ryan and Joe Robert Cole, who co-wrote the movie, they figured out ways to talk about themes that were just things that we would talk about anyway, but in the context of a giant movie, they feel even more political because they're things that aren't necessarily talked about publicly all the time.

The other leg of that table is that the notion of seeing Africa in a film in a way that isn't highlighting poverty or colonialism or slavery is also political because we don't get representation of Africans in an aspirational way.

Q: What does this film mean for representation in Hollywood, especially for the young filmmakers here today?

A: There's such an underserved population of people just aching for positive images of themselves on screen. In this case, obviously the African-American and African communities seeing representations like T'Challa and Nakia and Okoye and all these great characters in the context of doing good and being heroic is valuable because those images don't exist that much. And so I think and I hope this movie can be a watershed to see other films like this.

But I also think it's not just about African and African-American kids because then you go, "Wait, where's the Asian equivalent to the story? The Latin-American or Brazilian, Argentinian, aboriginal?" We as storytellers in Hollywood need to be better about presenting different representations because it doesn't just feed the souls of the people who see themselves, but it also opens the rest of us up to different cultures in a way that I think is really instructional.

A: I think Ryan made it his job to make sure our crew was very inclusive. And that didn't just mean African-American crew members, but also women. A lot of our department heads – key department heads – were female or African-American or both. I think that is very important and helps in storytelling, because sometimes people with different points of view than you pick up on things in the script or on the day that you otherwise wouldn't see just because their point of view is so different. And to have that as a part of your crew is a tool that helps you be a better filmmaker, but it also helps everybody feel like this is something new and is something that we can all get excited about.