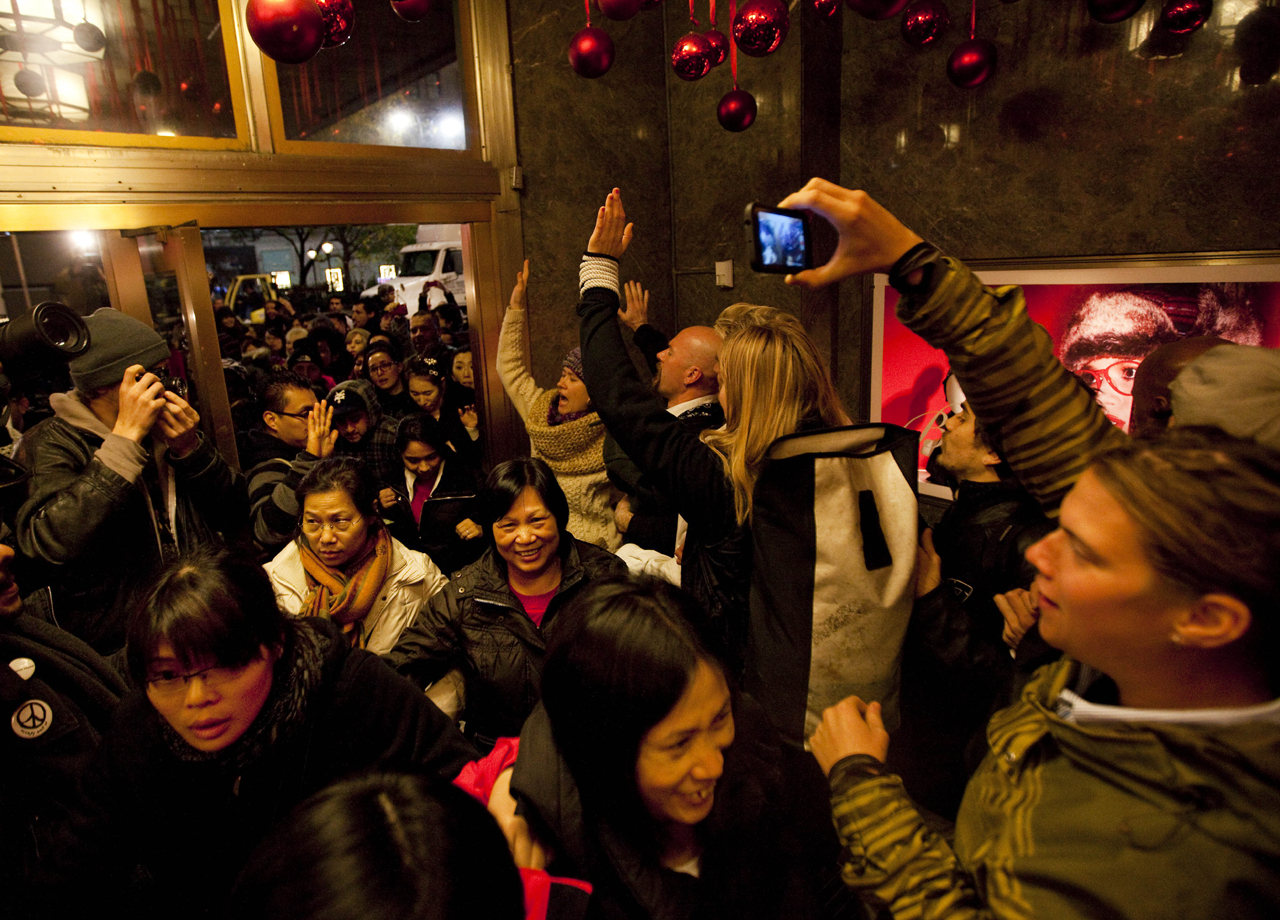 Police are calling the pepper spray attack at a California Walmart an episode of "shopping rage," reports the Los Angeles Times.

Just 10 minutes after the retailer began it's Black Friday sale Thursday night, a woman at a Porter Ranch store allegedly pepper sprayed fellow shoppers in an attempt to get more "door buster" merchandise, reports the paper. At least 20 people, including children, were hurt.

"I heard screaming and I heard yelling," shopper Matthew Lopez, 18, told to paper. "Moments later, my throat stung. I was coughing really bad and watering up."

Los Angeles Fire Captain James Carson told the paper that the woman used pepper spray in more than one area "to gain preferred access to a variety of locations in the store."

Police are reportedly still searching for the woman but do not have a clear description of her.

Lopez said that within minutes of the start of the 10 p.m. sale, store displays had been torn down and merchandise trampled.

In San Leandro, Calif., a woman was shot outside Walmart after reportedly refusing to give up her merchandise to robbers. According to Bay City News Service, the woman is in critical, but stable condition at a nearby hospital. A suspect, who the woman's family members found and detained in a nearby field, is in custody.

And Myrtle Beach, South Carolina, three people were robbed and one was shot in the parking lot of a Walmart around 1 a.m., reports CBS affiliate WSPA.

According to the police report, while two of the shoppers were loading the car, the driver heard voices demanding money and then a gunshot. When the robbers came around to the front seat, the driver, a 58-year-old woman, grabbed a gun she kept in her console and fired warning shots into the air, chasing the robbers off.