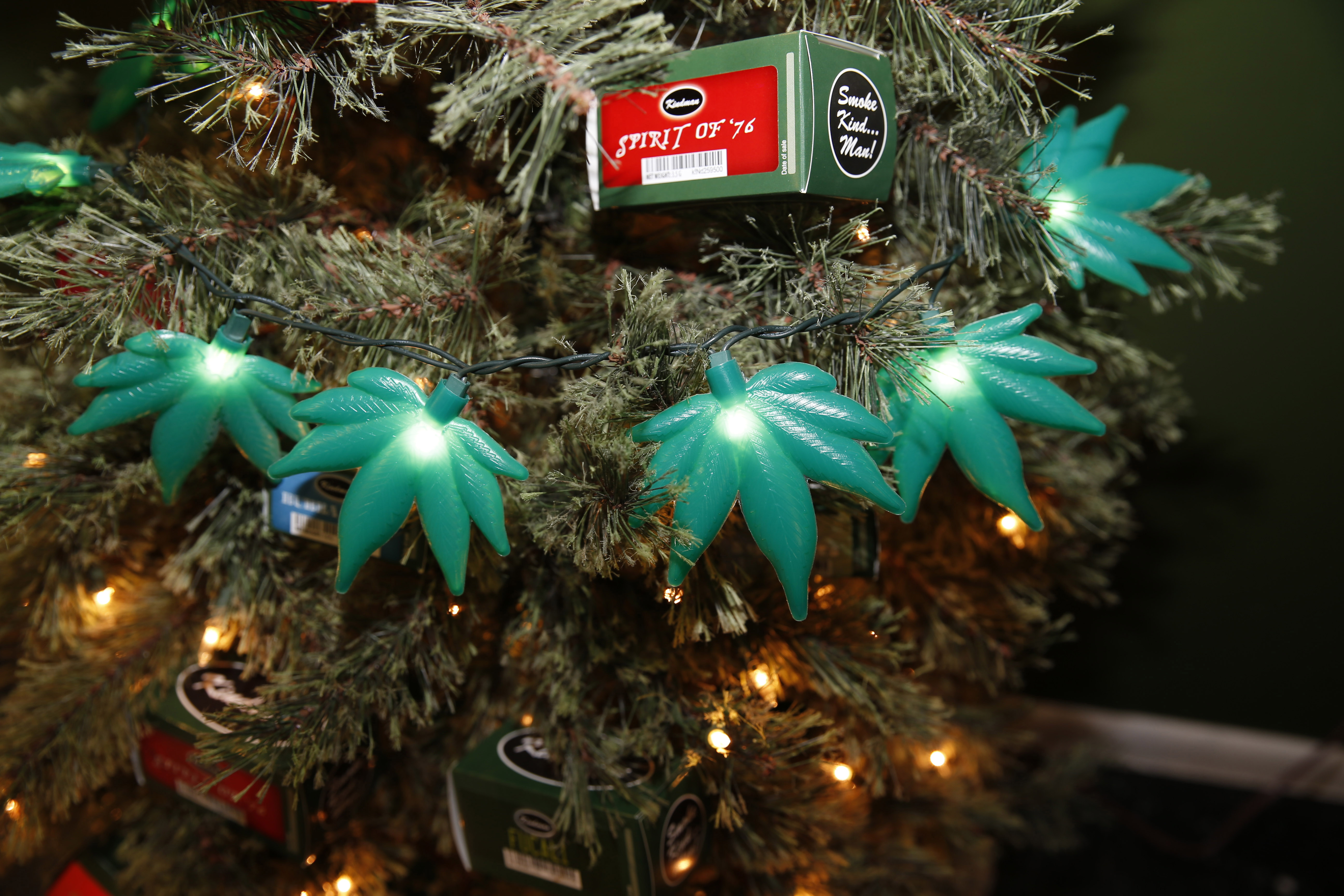 Sales of recreational marijuana have been legal in Colorado for almost a year. In that time, it's become a competitive industry and the holidays are no different.

"This is a brand new product that launched this season," Tripp Keber said pointing at one of their holiday edibles. "This is a THC infused Dixie one. This is a seasonal white chocolate peppermint square, if you will."

Dixie Elixir is just one of the marijuana businesses throughout the state turning to familiar holiday marketing strategies.

Another dispensary is selling pot in the shape of mini Christmas trees. And Denver's Medicine Man store is advertising it's own version of a doorbuster, with a "Green Friday" promotion.

"So those prices represent more than a 50 percent discount off of everyday prices for the top-shelf marijuana, but we can offer a sale -- a "Green Friday" sale, for our customers just as they would at Macy's or a big box store," Medicine Man store manager Sally Vander Veer said.

She hopes those markdowns will lead to a bump in holiday sales, as well as entice new customers.

"This is a deep discount purchase for marijuana," Vander Veer said. "I think with the prices we have in place, we'll have a line out the door."

Once known as "Colorado's experiment," marijuana has become a legitimate industry, generating more than $50 million in taxes and fees for the state so far this year.

"It started really with a wink and a nod, " University of Denver law professor Sam Kamin said.

He has been following Colorado's marijuana industry.

"I think what we're seeing now is an industry maturing that's gone from a novelty to behaving like other industries, which is doing promotions, doing advertising, trying to come up with new products, trying to capture market share and I think we'll see a lot more of that going forward," Kamin said.

But people in Colorado will not see "Green Friday" ads on TV, billboards or many publications because there are strict regulations to ensure marijuana is not being marketed to anyone under 21 years of age.