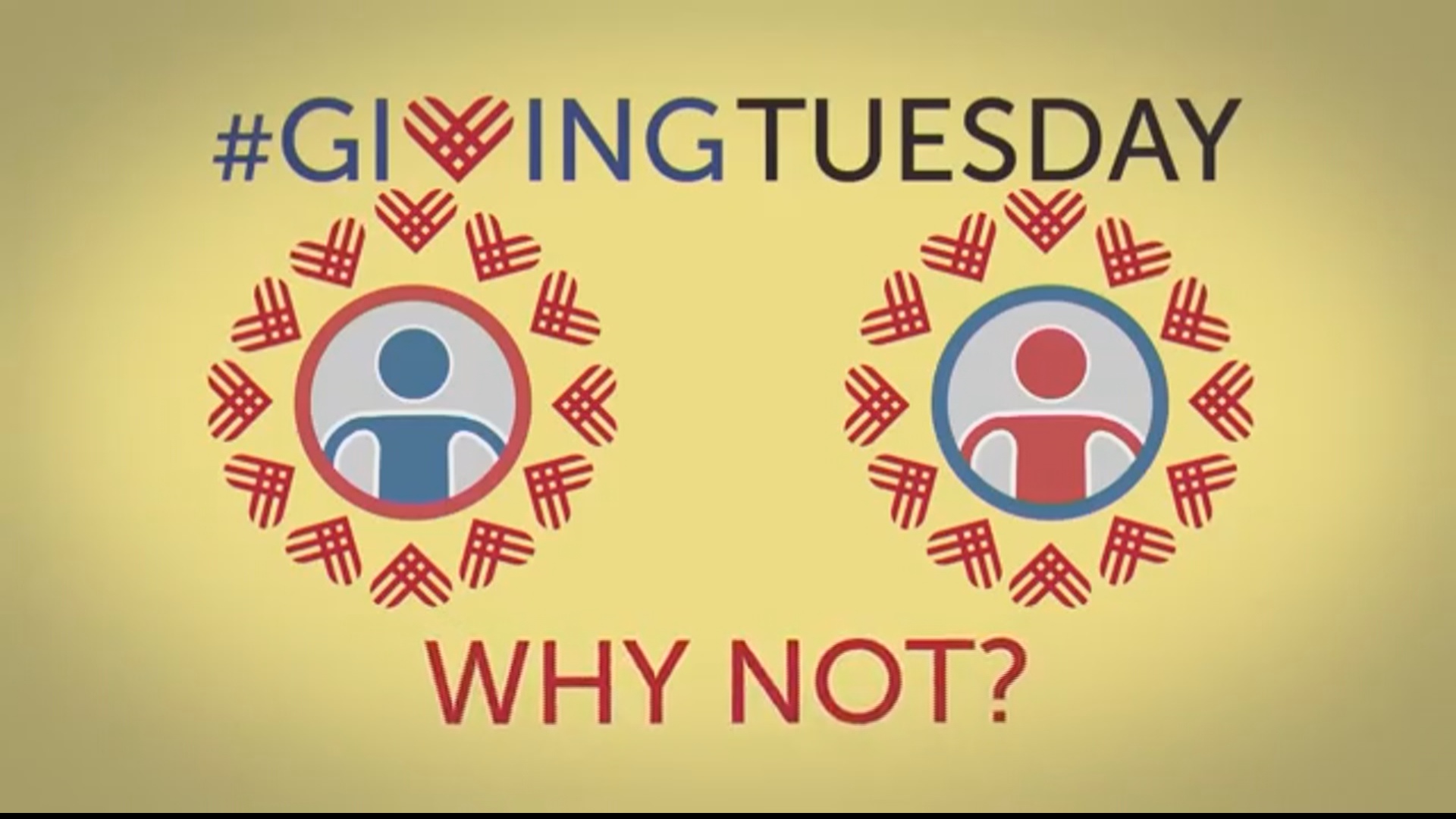 NEW YORK -- At the "Giving Tuesday" command cenral in New York City, volunteers are gearing up for December 1st.

The whole idea of Giving Tuesday started at the 92nd Street Y in Manhattan. Henry Timms is the Y's Executive Director and came up with the campaign three years ago.

His idea was simple. After several days of shopping, he wanted people to refocus on giving -- to any charity or purpose they wanted to. He asked others to help, and they jumped right on the bandwagon.

"It was an amazing thing to see that actually all over the country people started bringing their own ideas to Giving Tuesday and started to grow it," Timms said.

The movement now has 40,000 partners worldwide and raised more than $86 million.

"What's great about Giving Tuesday is people can be supportive, can be generous in any way they see fit. They can give their time, they can give up their money," said Best.

Genein Letford is a music teacher from the Los Angeles area. She received dozens of instruments from the DonorsChoose Giving Tuesday campaign.

"The cool thing is it's not just about bringing the materials to the classroom and making sure the kids have this opportunity, but it's connecting the community to our school," said Letford.

"At a time when we feel that most public conversation is about what threatens and divides us, how valuable it is to have a conversation about something that unites us," Timms said about the movement.

Giving Tuesday: a day expected to bring many thanks, after much giving.

Below is a list of some of the organizations participating in the 4th annual #GivingTuesday on December 1st, 2015. To learn more about how to get involved, visit www.givingtuesday.org.