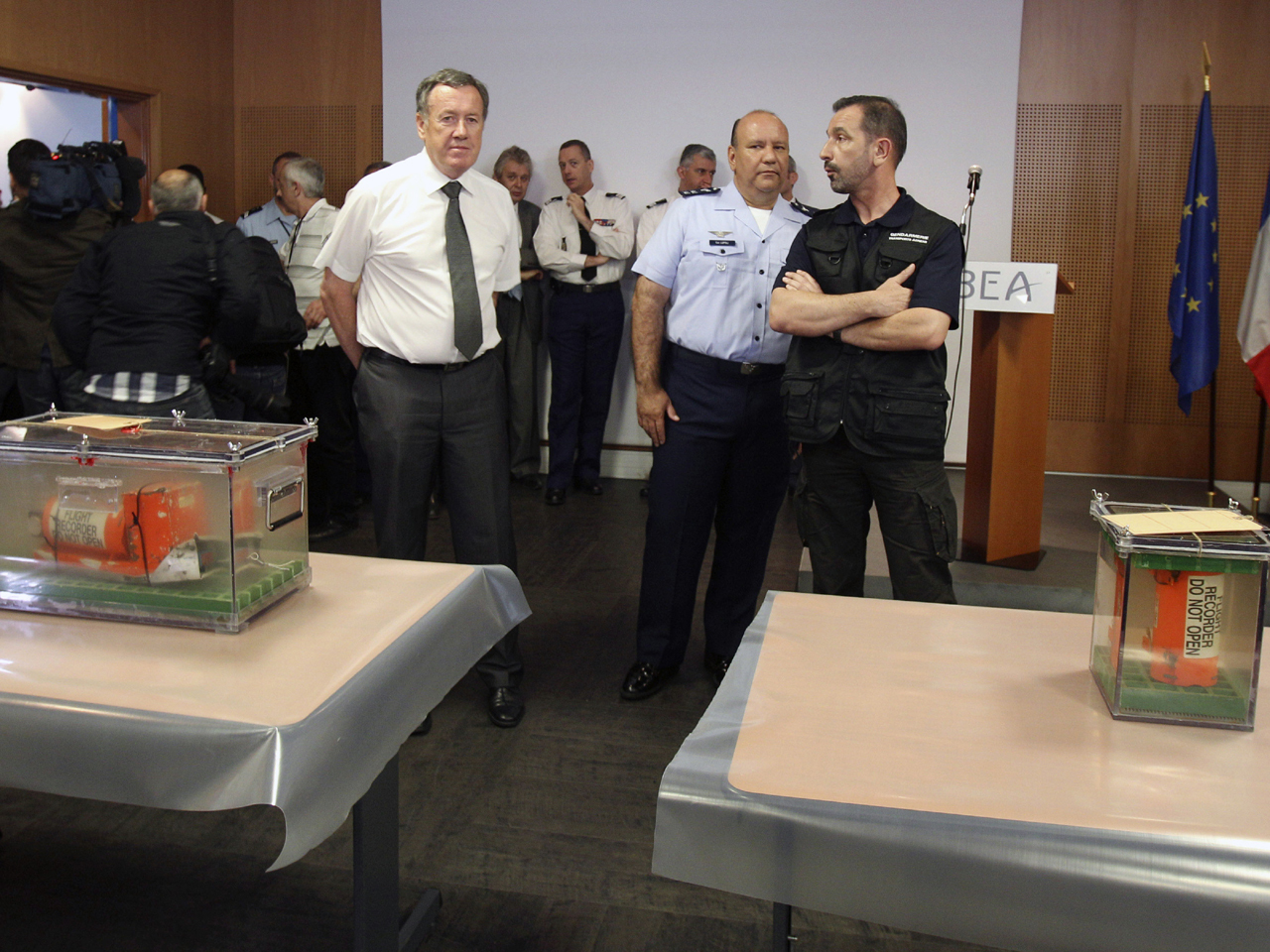 PARIS - French investigators said Monday they have recovered all the flight data and cockpit voice recordings from the recorders of an Air France jet found in the Atlantic depths nearly two years after it crashed.

The recorders were located by underwater robots and hoisted up from depths of nearly 4,000 meters earlier this month, in one of the most expensive and complicated air crash investigations in history.

The cause of the crash is unclear, and investigators and victims' families are hoping the recorders will shed light on what sent Air France Flight 447 into the sea June 1, 2009, en route from Rio de Janeiro to Paris. All 228 people aboard were killed.

The French air accident investigation agency BEA said Monday that an international team downloaded the material from the "black box" voice and data recorders over the weekend.

"These downloads gathered all of the data from the Flight Data recorder, as well as the whole recording of the last two hours of the flight from the Cockpit Voice Recorder," the agency said in a statement.

The BEA says investigators will now analyze the material, which will take several weeks, and will release a new accident report during the summer.

The BEA said last week the seven memory cards in each data recorder would be extracted, cleaned, dried and tested to see if they still work, and the data would be copied onto BEA's computers.

Meanwhile, forensics experts from France's police force will be examining tissue samples from two bodies that were raised from the plane's site earlier this month.

So far the searchers have not found the plane's speed sensors, known as Pitot tubes, which investigators say probably played a role in the crash.

Finding the cause took on new importance in March when a French judge filed preliminary manslaughter charges against Air France and the plane's manufacturer, Airbus. Experts say the flight data and voice recorders are indispensible for determining what was at fault.

The accident was the worst in Air France's history.

Automatic messages sent by the Airbus 330's computers showed the aircraft was receiving false airspeed readings from the pitot tubes. Investigators have said the crash was likely caused by a series of problems and not just a sensor error.