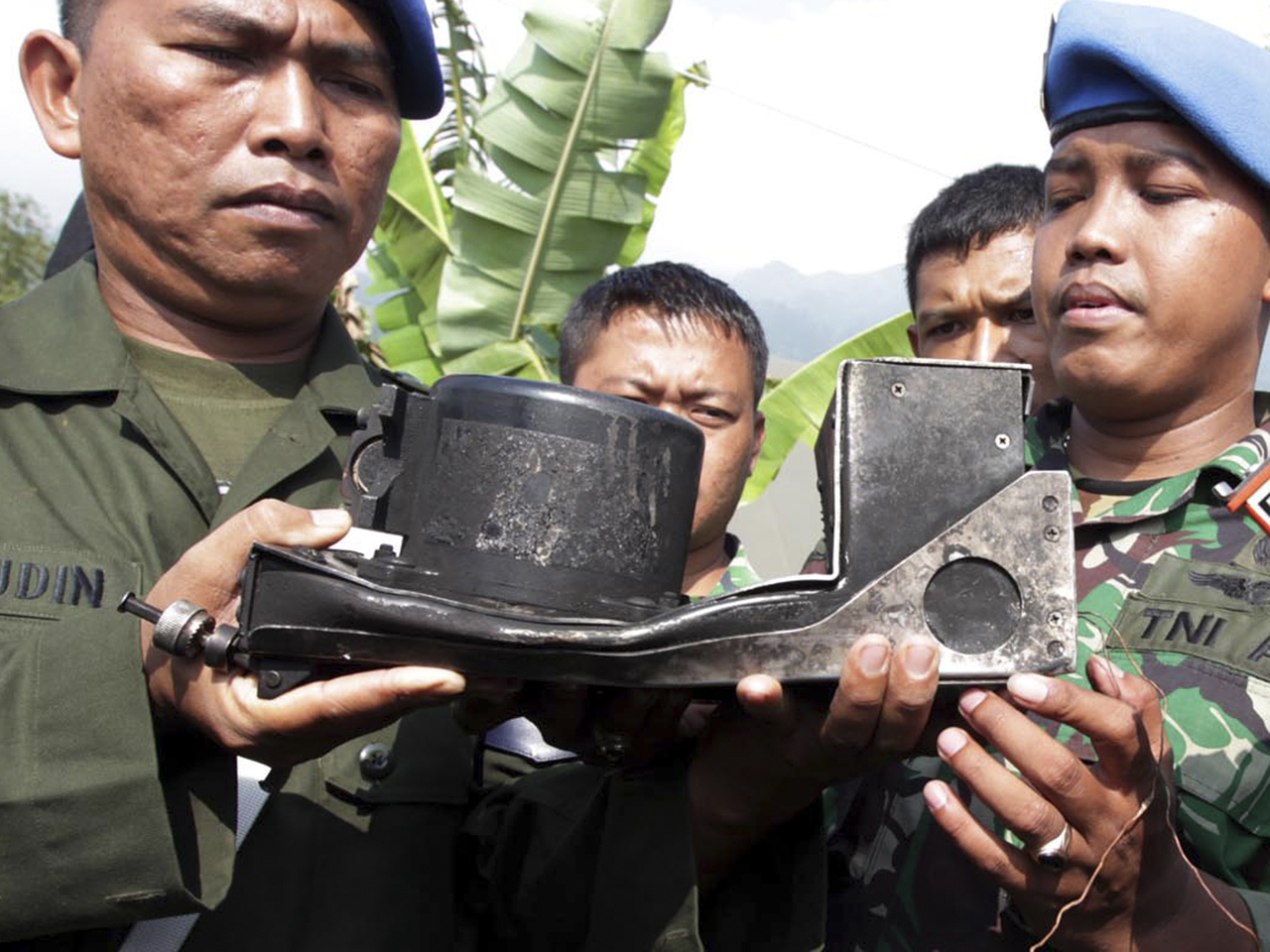 (AP) JAKARTA, Indonesia - Indonesian special forces have found the voice-and-data recorder of a new Russian passenger jet that slammed into a jagged, mist-shrouded cliff on a dormant volcano, an official said Wednesday.

The "black box" could help explain the cause of the deadly crash of the Sukhoi Superjet 100, which had been on a short demonstration flight for potential buyers. Search and Rescue agency spokesman Gagah Prakoso said it was found near the tail of the shattered wreck at the bottom of a 1,500-foot ravine.

The device was delivered to investigators late Tuesday. It was badly burned and lost its orange color, making it harder for search teams to find it among the trees and heavy brush, Prakoso said.

The Sukhoi Superjet 100 — Russia's first passenger jet model since the fall of the Soviet Union two decades ago — was being demonstrated for potential buyers when it roared into Mount Salak at 800 kph (480 mph) on May 9. All 45 people on board were killed.

Tatang Kurniadi, who heads the National Commission on Safety Commission, said he and his Russian colleagues would make a joint official announcement about the black box later Wednesday.

He added that data retrieved from the device would be analyzed in Indonesia, with assistance from Russian experts.

The Superjet is Russia's first new model of passenger jet since the fall of the Soviet Union two decades ago, and is intended to help resurrect its aerospace industry. The plane was being demonstrated for representatives of Indonesia's fast-expanding domestic airlines, which are among its biggest potential buyers.