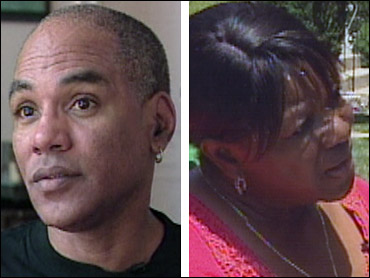 A report tonight has some dramatic numbers about HIV and AIDS. It says that a young person with the disease, properly treated, could now live to old age. In the 1990s, a 20-year-old patient could expect to live to be 56. But by 2005, that climbed to nearly 70. An increase of more than 13 years. Heartening news - until you realize there are more than one million Americans living with HIV/AIDS, more than ever before. And a disproportionate number are African Americans. CBS News correspondent Randall Pinkston explains.


"So, your husband knew that he had HIV?" Pinkston asked.

"And never told you?" Pinkston asked.

Byther-Smith is one of America's new faces of AIDS, an African-American woman who contracted the disease from someone she trusted.

"I always believed in abstinence until you get married. But what did that get me? It got me AIDS!" she said.

With a shoe-string budget, Byther-Smith now runs an AIDS community outreach program on Chicago's south side, teaching clients to avoid the mistakes she made. For instance, for years she refused to even admit she had the disease.

"I even had people tell me, 'oh you must have done something really bad for God to punish you like that,'" she said.

Although just 13 percent of the population, the Center for Disease Control says that African Americans accounted for 49 percent of new HIV cases in 2006, the most recent year for which they have statistics.

"No matter how you look at it, through the lens of gender, sexual orientation or class, or level of education or the region of the country where you live, black folks bear the brunt of the AIDS epidemic in this country," said Phill Wilson, a Los Angeles-based AIDS activist.

"The mischaracterization of the epidemic ... a white gay man's disease made many black folks think they didn't have to pay attention to the disease," Wilson said.

The development of new miracle drugs dramatically increased survival rates. But the drugs are expensive - and many black Americans have neither private insurance nor the funds.

"A lot of people are dying because they're on a waiting list," Byther-Smith said. "And they can't get medicine."

AIDS activists complain they can't get much attention either from the presidential candidates. When senators John McCain and Barack Obama do mention the disease, their concern is often directed toward AIDS in Africa - not AIDS in America.