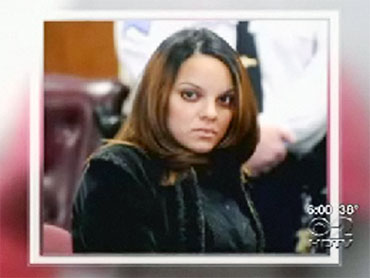 NEW YORK (CBS/WCBS) Five years ago, New Jersey resident Biurny Peguero said she was visciously gang-raped by three men in a van after a night of drinking in upper Manhattan. Her testimony sent William McCaffery to jail despite a lack of DNA evidence linking him to the crime.

Now, on the advice of her priest, Peguero has admitted it was all a hoax. On Monday in a Manhattan court, she pled guilty to perjury charges and could face seven years in jail. As a result of her new testimony McCaffery, the man convicted of raping her in 2005, was released from prison and is now awaiting final dismissal of the charges.

Peguero, 27, first told her new story in May to a priest at St. Anthony of Padua Roman Catholic Church near her home in Union City, N.J. The priest helped her contact an attorney who brought the case to the Manhattan DA's office.

Peguero's attorney, Paul Callan, called it "an awful situation of someone telling a lie, then being locked in the lie as the system proceeded."

The lie happened after a long night of heavy drinking at the Umbrella Lounge in Inwood and it wasn't rape. It wasn't even sex. Peguero had words with friends and impulsively took a ride in van with three men, including McCaffrey, to an after hours club. She was extremely drunk and became scared and hysterical during the ride, prompting the men to drive her back to her friends.

She now says they didn't touch her.

But upon returning to her friends the argument that began in the Umbrella Lounge escalated into a full fledged fight. The women punched and bit at each other and when she asked why she was so upset and if "those boys raped you," she simply agreed, to try and explain her behavior.

In court she answered Judge Charles Solomon's questions with short, soft spoken answers, agreeing that the man who spent four years in state prison for her rape hoax had, in fact, done nothing.

Through three long interview sessions with the Manhattan District Attorney's Office it then became clear why they had never been able to link McCaffrey's DNA to the victim. The rape kit came back negative.

The bruises that investigators had assumed were evidence of the gang rape were simply the result of the fight she had after leaving the van.

Through his attorney, the exonerated man issued a statement: "We are troubled by what she did, but at the same time, she was courageous in coming forward and against all these odds and in the face of a perjury indictment and deportation, she told the truth."

Peguero could get seven years in prison for what she's admitted to. She could also be deported. A native of the Dominican Republic, she is a legal resident who came to the U.S. 13 years ago. She is married to a U.S. citizen and has two children who were born here. One is 7; the other is an infant who was born in November.

McCaffrey is currently out of prison on bail and is scheduled to go before a judge on Thursday, where the criminal case against him is expected to be dropped.

Her lawyer said Peguero may eventually try to apologize to McCaffrey. She said her decision to recant her false story was the result of a genuine "spiritual conversion."