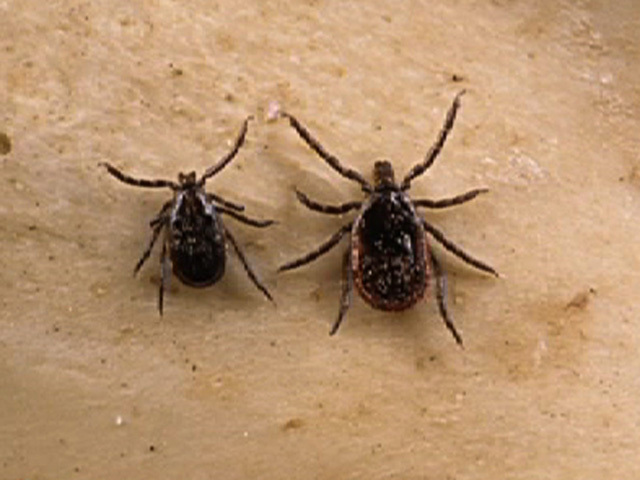 We've all heard about Lyme disease, but did you know that there is another important infection spread by the same tick - and it can be fatal?

It's called Babesiosis. And it's probably the most serious blood disease that you've never heard of with a nearly 20 percent mortality rate for people with compromised immune systems. And, as CBS News Correspondent Debbye Turner Bell reported, medical professionals say it's on the rise.

"I felt like I had the flu. Just really terrible like I had mono practically, like I couldn't keep on going," said Hertsled, who got babesioisis most likely after her cat brought a tick into the house.

While Hertsled knew that ticks could carry Lyme disease, she never heard of babesiosis.

What led her to finally go to a doctor?

"I went to a barbecue and actually fainted. I mean I passed out fainted, I had never fainted in my life," she said.

Babesiosis is contracted from the same black-legged deer tick that transmits Lyme disease, but it doesn't have Lyme's telltale bull's-eye rash.

"Of the hospitalized patients with severe babesiosis, 1 in 20 has died," Dr. Gary Wormser, chief of infectious diseases at New York's Westchester Medical Center pointed out.

Babesiosis is prevalent in the northeast and the upper Midwest locations where Lyme disease also occurs.

But unlike Lyme disease, babesiosis can be transmitted through both a tick bite and a blood transfusion. The Food and Drug Administration (FDA) says it's the No. 1 infection submitted into the blood supply.

That's why the Rhode Island Blood Center has taken drastic measures becoming the only center in the country to screen for babesia, the parasite that causes babesiosis.

"About 25 percent of adults don't have any symptoms whatsoever. If they donate blood, they may transmit it to the person getting blood transfusions, added Wormser.

Babesiosis is a serious problem and both doctors and victims like Hertsled urge people to take notice.

"I should have listened to my body sooner and done something about it," Hertsled admitted. "It's got to be taken care of; it's got to be caught."

The FDA says it's working to develop the best screening test for babesia. In the meantime, doctors say if you are exposed to ticks and aren't feeling well, ask your doctor to test for babesiosis in addition to Lyme disease.