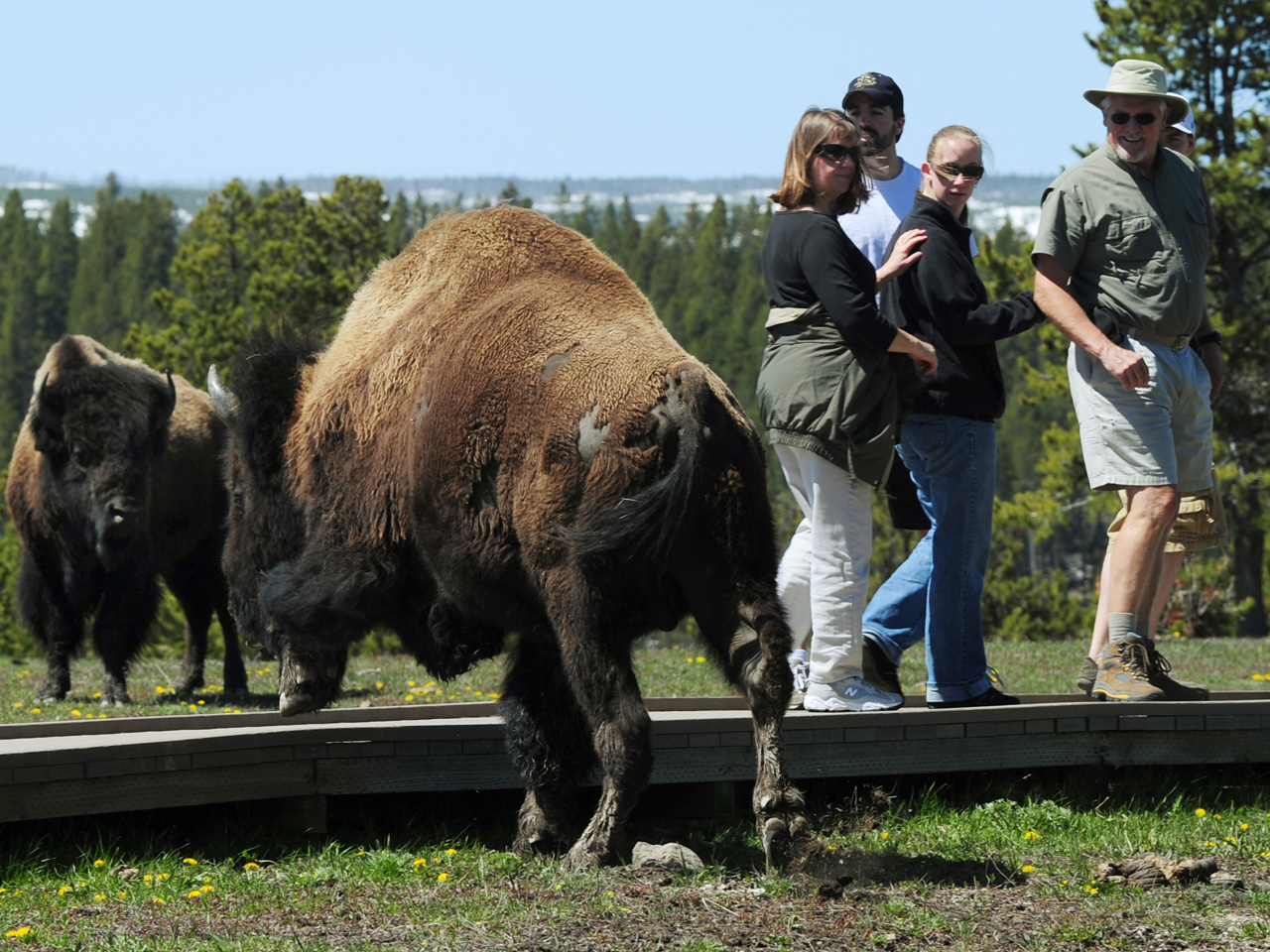 YELLOWSTONE NATIONAL PARK, Wyo. - A 16-year-old girl has been gored by a bison in Yellowstone National Park while posing for a picture near the animal.

The National Park Service says the unidentified girl's injuries were serious but not life-threatening.

The agency described her as an exchange student from Taiwan who was visiting the park with her host family.

The incident occurred shortly after noon Friday in the Old Faithful area.

The Park Service says she and others were between 3 and 6 feet from the bison when she turned her back to the bison to have her picture taken. The bison took a couple steps and gored her.

The girl was airlifted to an area hospital.

The Park Service advises visitors to stay at least 25 yards away from bison in the park.

In a statement, the Parks Service said: "Visitors are advised to give the animals enough space and be willing to alter their plans to avoid interacting with an animal in close proximity."