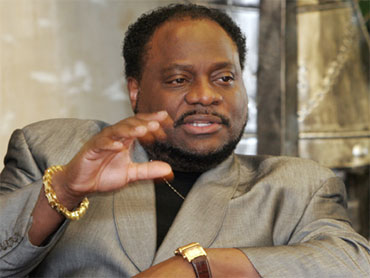 (CBS/WGCL) DEKALB COUNTY. Ga. - Last September, megachurch preacher Bishop Eddie Long stood before his congregation at New Birth Missionary Baptist Church a week after gay sex allegations surfaced between him and four teenage boys, and he told members he was going to fight the allegations.

But Long chose not to fight in court. Instead he reached a settlement and paid off the four young men who accused him of using his power to influence them into sexual relationships with him, reports CBS affiliate WGCL.

"You can interpret that any way you want, but usually people do not settle cases unless there is some reason to do so," said former DeKalb County Prosecutor J. Tom Morgan.

Morgan told WGCL he is familiar with cases like Long's.

"They had to reach a settlement if they did not want any statement by the Bishop on record," said Morgan.

The attorneys for both sides emailed WGCL statements that simply said, "The case is resolved."

Morgan said their silence suggests part of the agreement is that no one talks about it.

New Birth member Elder Dandridge said she's glad the case is over. She said her pastor is innocent.

Because Long settled out of court, some DeKalb County residents question his innocence..

"It says that he's hiding the truth," said Robyn Senior.

And just how much did Long pay to settle the case?

"Nobody knows what the numbers are. I would be sure it's in the millions," said Morgan.

Morgan estimated Long paid millions because that's what he said a Catholic church paid victims in a similar case that he prosecuted.