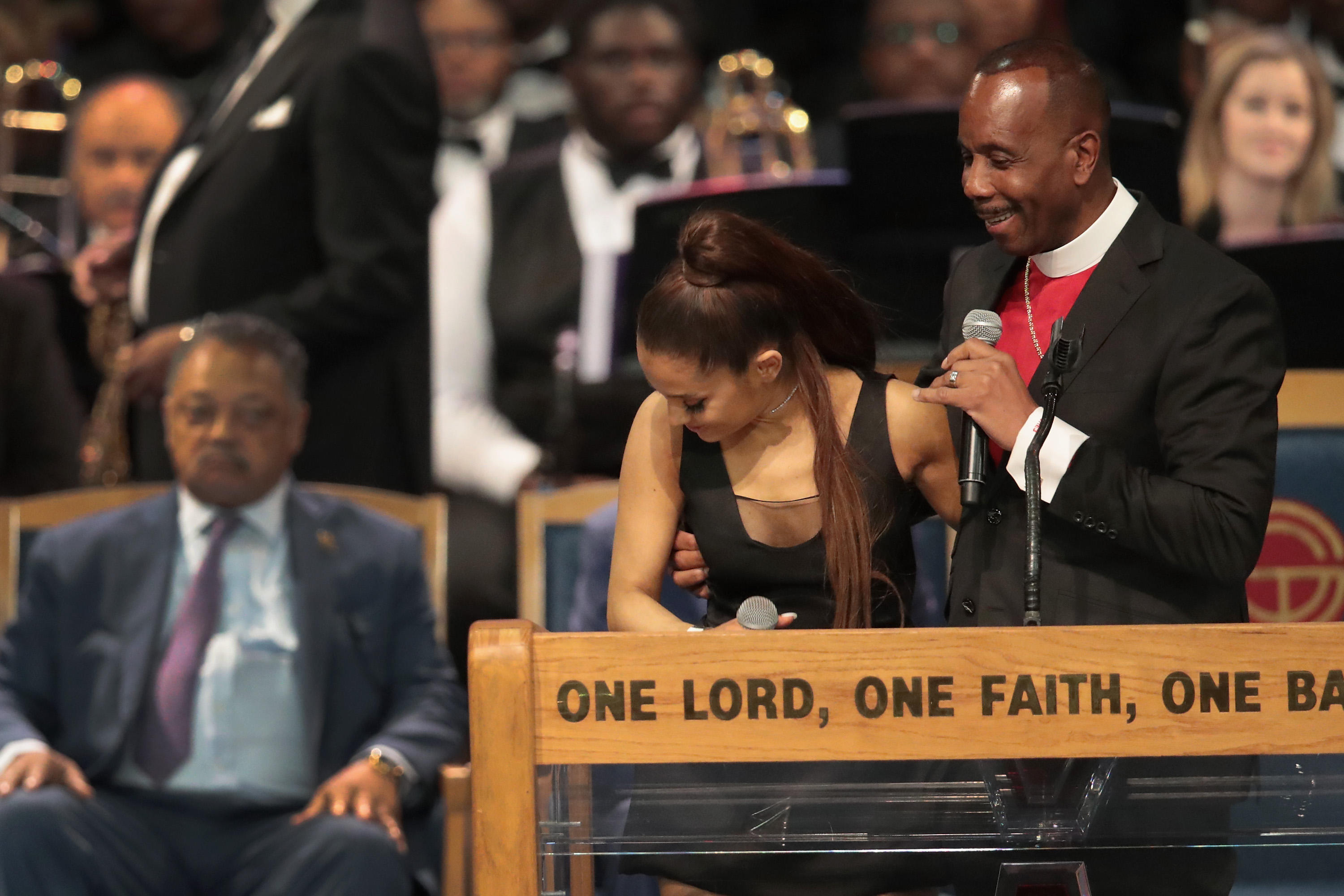 DETROIT -- The bishop who officiated Aretha Franklin's funeral apologized Friday to Ariana Grande for how he touched her onstage and a joke he made about her name. Bishop Charles H. Ellis III led Franklin's funeral and awkwardly greeted Grande on stage after she performed "(You Make Me Feel Like) A Natural Woman." Images of the moment showed Ellis' hand holding Grande well above her waist, with his fingers pressing against one side of her chest.

The preacher apologized in an interview with The Associated Press at the cemetery where Franklin was interred late Friday.

"It would never be my intention to touch any woman's breast. ... I don't know I guess I put my arm around her," Ellis said. "Maybe I crossed the border, maybe I was too friendly or familiar but again, I apologize."

He said he hugged all the performers during Friday's eight-hour service.

He added: "The last thing I want to do is to be a distraction to this day. This is all about Aretha Franklin."

Many people posted close-up images of the moment on Twitter, tagging it #RespectAriana.

Ellis also apologized to Grande, her fans and Hispanic community for making a joke about seeing her name on the program and thinking it was a new item on the Taco Bell menu.

"I personally and sincerely apologize to Ariana and to her fans and to the whole Hispanic community," Ellis said. "When you're doing a program for nine hours you try to keep it lively, you try to insert some jokes here and there."

Ellis' touching of Grande overshadowed some criticism earlier in the ceremony the short dress Grande wore for her performance. Numerous people posted criticisms online that the dress was too short for church.

"y'all are on this app complaining about ariana's dress being too short but are quiet on some man touching up ariana on stage in front all these people," one Twitter user wrote.