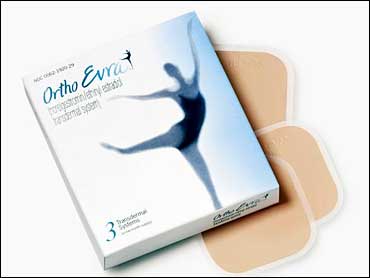 The Food and Drug Administration warned users of the popular Ortho Evra birth control patch that they are being exposed to more hormones, and are therefore at higher risk of blood clots and other serious side effects, than previously disclosed.

Until now, regulators and patch-maker Ortho McNeil, a Johnson and Johnson subsidiary, had maintained the patch was expected to be associated with similar risks as the birth control pill. But a strongly worded warning was added to the patch label Thursday that says women using the patch will be exposed to about 60 percent more estrogen than those using typical birth control pills.

"I wish I had known. It's quite likely I would never have used it," said Jennifer Cowperthwaite, 26, of Broad Brook, Conn., who still suffers breathing problems after a blood clot reached her lungs two years ago after she used the patch.

She points out that the patch went on sale in 2002 with a high profile ad campaign featuring sexy models.

Although most birth control pills and the patch have the same amount of estrogen, hormones from patches go directly into the bloodstream while pills are swallowed and digested first. The result is that women using the patch have much higher levels of estrogen in their bodies.

Citing federal death and injury reports, the AP also found that about a dozen women, most in their late teens and early 20s, died in 2004 from blood clots believed to be related to the birth-control patch, and dozens more survived strokes and other clot-related problems.

Ortho McNeil spokeswoman Bonnie Jacobs said the warning speaks for itself and that the company has been cooperating with the FDA, which distributed the new warning to health care providers.

The company recommends that women speak to their doctors about the risks and benefits of the patch, Senay notes.

More than 4 million women have used the patch since it went on sale in 2002. Several lawsuits have been filed by families of women who died or suffered blood clots while using the patch, and lawyers said more are planned.

Documents released to attorneys as a result of that litigation show Ortho McNeil has been analyzing the FDA's death and injury reports, creating its own charts that document a higher rate of blood clots and deaths in association with the patch than with the pill.

In addition, an internal Ortho McNeil memo shows that the company refused, in 2003, to fund a study comparing its Ortho Evra patch to its Ortho-Cyclen pill because of concerns there was "too high a chance that study may not produce a positive result for Evra" and there was a "risk that Ortho Evra may be the same or worse than Ortho-Cyclen."

Last week, in response to AP questions about the Ortho McNeil memo, company spokesman Michael Beckerich said in a written statement that "decisions to fund studies are based upon scientific merit."

Beckerich said Ortho McNeil is conducting its own epidemiological study "designed with input from the FDA and similar to those previously conducted with the Pill."

New published studies show that women using the patch absorb about 50 percent more estrogen than with the pill, said Dr. Leslie Miller, an associate professor of obstetrics and gynecology at the University of Washington.

When women take the pill, the medication is absorbed into the bloodstream through the digestive tract. In the process, about half of the estrogen dose is lost.

Hormone levels in women on the pill are highest one or two hours after taking it, Miller said. Twelve hours later, estrogen levels are quite low, meaning the body is not exposed to high levels of estrogen 24 hours a day.

But the patch causes higher estrogen levels since delivery of medication continues all day. Those elevated levels may be high enough to increase some women's risk of blood clots, Miller said.

"If the patch is delivering too much estrogen, then it may need to be redesigned," Miller said. "Women should not just take off their patch; they risk pregnancy. If they are worried and want to change off the patch, they can wait to get something else."

Even before the warning, some advocacy groups and medical providers were raising questions about the patch.

In September, Public Citizen's Health Research Group, a consumer advocacy organization, added Ortho Evra to its ongoing list of dangerous medicines, warning that there is "no medical reason for women to use the more dangerous Ortho Evra rather than one of the older, better understood, and equally effective oral contraceptives."

And last month, Dr. Miguel Cano, an obstetrician and gynecologist in Reedley, Calif., sent a note to several thousand women patients recommending that they stop using the patch and that they come in for appointments to get a new form of birth control.

Erika Klein's sister Kathleen Thoren died a year ago from blood clots in her brain that the coroner said were brought on by Ortho Evra. She said women deserve to be informed when making birth-control decisions.

"Women have a right to know the true risks and make their decisions based on that information," she said. "No one should have to go through what my sister went through."

Canadian town to be honored for role in 9/11