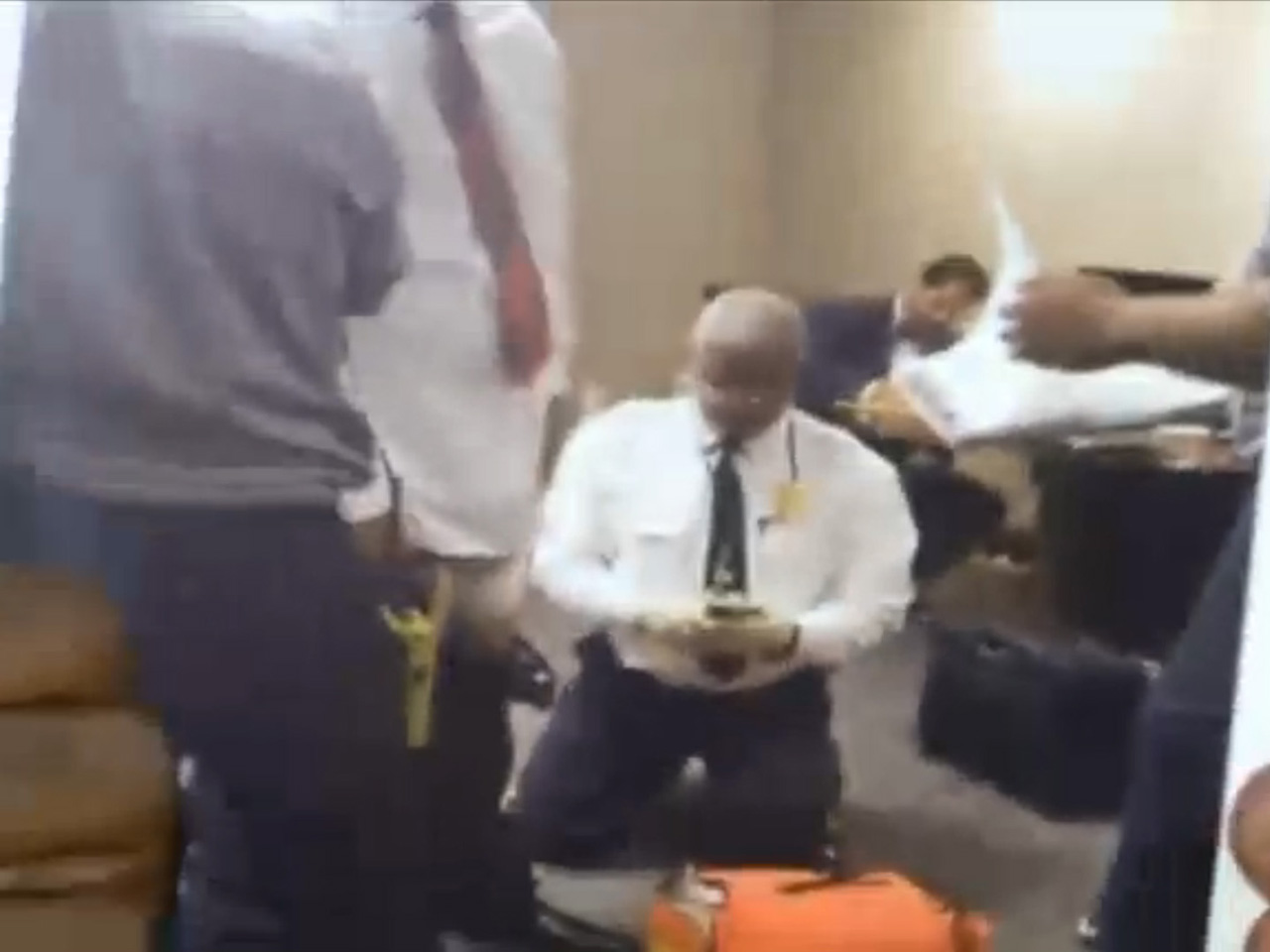 It's not clear who started the fight. Council President Johnathan Austin told a news conference that the mayor assaulted the councilman, reports CBS affiliate WIAT.

"In a city that has so much hope and promise, so much we've overcome as a community, that we have the leader of our city, just because one council member doesn't agree with something, wants to go and assault that member of the council," said Austin, who described the episode as a "total display of lack of respect."

But a spokeswoman for the mayor said an arrest warrant will be taken out on Lundy.

"A formal police report has been initiated and will be ready for release in the next hour. From there, the magistrate will swear out a warrant for the arrest of Councilor Lundy," April Odom said in a statement.

Roper declined comment on details of the fight, saying a report on it wasn't yet complete.

Roper would not comment on any injuries, citing privacy issues, but photos on Twitter showed scratches on the back of Lundy's leg. Lundy was taken by ambulance to the hospital, and Bell went by private vehicle.