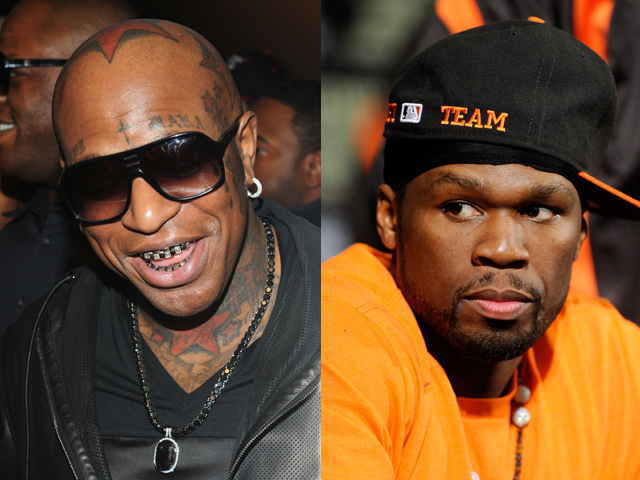 (CBS) Sure, we have our friendly bets with our friends when it comes to the Super Bowl, but rapper/producer Brian "Birdman" Williams is upping the ante: He's betting $5 million that the New England Patriots will win on Feb. 5.

In case you couldn't understand that, Birdman - who's worked with Lil' Wayne and Drake - is claiming that #42 BenJarvus Green-Ellis, running back for the New England patriots, is his nephew. And, he's willing to put down $5 million to prove how much he loves him, which is about 5 percent of his net worth according to NESN.

At least one person is willing to take him on. 50 cent tweeted he'll take Birdman on $1 million of his offer, a meager offering compared to Birdman's bet.

Birdman famously made $1 million on last year's Super Bowl, when he bet the Green Bay Packers would win -- and lost $2 million when the Miami Heat lost, according to Forbes.

However, Birdman's not exactly a die-hard New England fan: He told Billboard earlier in Jan 2012 that he was rooting for the New Orleans Saints -- and even picked Pittsburgh to be the AFC champions. Maybe he's making up for his lack of support?