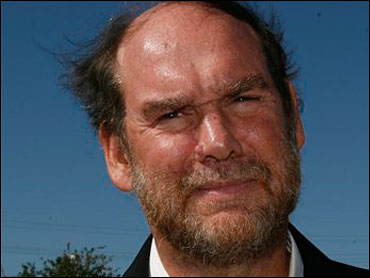 Jurors on Thursday began weighing the fate of a prominent bird watcher accused of animal cruelty for shooting a cat that lived under a bridge.

The trial has sparked a hot Internet debate between cat lovers who decry Jim Stevenson 's actions and birders upset by the toll feral cats take on bird species. It's also raised questions about what makes an animal a pet, especially if it lives outside.

Stevenson, founder of the Galveston Ornithological Society, would face up to two years in prison and a $10,000 fine if convicted. He said he shot the cat last fall because he saw it hunting a threatened species of bird near the San Luis Bridge Pass.

Texas bars the killing of domesticated animals without the owner's permission, but defense attorney Tad Nelson said his client thought the cat was a stray.

Prosecutors have argued that a toll bridge worker fed the cat, gave it toys and bedding and named it "Mama Cat," effectively becoming the pet's owner. And they say Stevenson could have easily realized that had he looked around the bridge before firing.

In closing arguments, prosecutor Paige Santell called the cat's death a "terrible thing that did not have to happen."

The cat suffered for nearly 40 minutes after Stevenson shot it in the back with a .22-caliber rifle and severed its spine, Santell said. John Newland, the bridge worker who cared for the cat and several others, is still suffering the loss, she added.

Nelson said buying some food and toys for a cat doesn't make you the owner if you haven't taken other steps such as having the animal spayed or neutered or purchasing a collar and tags.

"He loves the cats. He doesn't own the cats," Nelson said of Newland.

While the jury deliberated, Stevenson told The Associated Press that he thoroughly researched local and state law and thought long and hard about what he should do before he killed the cat. He said he decided to shoot it because he believed it was a threat to the birds. He added that he felt sorry for the animal.

The bridge, Stevenson said, "is a revolving door for cats. Dozens and dozens of cats go through there and disappear. They're getting run over ... they're getting killed by coyotes. It's no life for a cat out there."

A revision of the cruelty law that took effect Sept. 1 broadens protection to stray animals, but it does not apply in Stevenson's case. Deliberations were set to resume Friday.

The trial has stoked an emotional Internet debate. The New York Times reports bloggers on cat enthusiast sites have called Stevenson a "diabolical monster," while birding blogs have defended his right to put down a "terrible menace" and raised funds to help pay for his defense.

In a courthouse interview with The Times during a break in the trial, Stevenson said the cat lovers who've been sending him hateful letters "think birds are nothing but sticks." He added, "I did what I had to do."