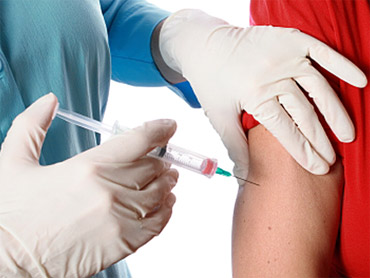 Since his selection as a White House Fellow in 1972, Colin Powell has served in top posts under three secretaries of defense and four presidents.

He served in one foreign war and ran another, and has received decorations from 18 foreign governments.

Like an earlier military hero, Dwight Eisenhower, Powell found favor with both political parties, but the retired General chose the Republicans. However, like another, George C. Marshall, Powell is delivering an encore to his service at the Pentagon not at the White House, but at the Department of State in Foggy Bottom.

The son of Jamaican-born Luther and Maud Powell, Colin Powell was born in the Hunts Point section of the Bronx on April 5, 1937. He attended public high school and then earned a bachelor's degree in geology from the City College of New York, where he participated in the Reserve Officers Training Corps.

When he graduated in June 1958, he was commissioned as a second lieutenant. He did two tours in Vietnam, in 1962-63 and 1968-69, and then returned to the U.S. and began taking courses toward a Masters in Business Administration at George Washington University. In 1972, he began a fellowship at the White House. Soon he became an assistant to Frank Carlucci in the Office of Management and Budget.

In 1983, he was named an assistant to Defense Secretary Caspar Weinberger. Then he was an assistant to national security adviser Carlucci, and showed an ability to work with Congress and a willingness to disagree with his boss: when Congress sent President Reagan a defense budget the president didn't like, Powell suggested he accept it. Mr. Reagan vetoed.

When Carlucci succeeded Weinberger, Powell was named President Reagan's security adviser. He steered the White House through the end of the Nicaragua Contra affair and the Moscow summit with Mikhail Gorbachev.

In the early days of the first Bush administration, Powell ran the Army Forces Command, and was promoted to four-star general in April 1989. In August of that year, he became the 12th and, at age 52, the youngest-ever chairman of the Joint Chiefs, and the first black person ever to reach that rank.

During his time as the military's top boss, Powell oversaw 28 crises, according to his official biography. Chief among these was the increase in tension in Panama that led to the U.S. invasion in 1989, and in 1990-1991, Operations Desert Shield and Desert Storm in the Persian Gulf.

Powell's tenure at the joint chiefs ended in September, 1993, and with it 35 years of military service. The retired general penned his biography, "My American Journey," in 1995.

In it, the general addressed suspicions that he had in fact opposed the use of military force in Iraq, and touched on his role in the army command in Vietnam.

In a 1993 book, British authors Michael Bilton and Kevin Sim found that in late 1968, Powell received a letter a from soldier complaining about the way American soldiers treated the Vietnamese. The letter may have referred to events like the My Lai massacre.

Powell, then a major, investigated the claims and found that "relations between American soldiers and the Vietnamese people are excellent."

In his book, Powell called My Lai a "horror" and said "The kill-or-be-killed nature of combat tends to dull fine perceptions of right and wrong."

Combining his compelling story with common-sense advice (among his personal rules are "Get mad then get over it" and "Perpetual optimism is a force multiplier."), the book was a bestseller.

Shortly thereafter, momentum began to build toward a possible presidential run. Powell ended the movement in 1995, declaring he would not run, but made his party affiliation clear the following year in his "I am a Republican" speech to the party's national convention.

In his retirement from the Army, Powell joined the boards of directors of Howard University, the Boys & Girls clubs, the United Negro College Fund and America Online.

By far his biggest commitment was to America's Promise, a group that encourages people in the private sector to mentor youth, which Powell launched in 1997.

When the 2000 election campaign got under way, Powell's name was again in the mix — if not for the top job, then for the number two spot. But the former general quashed the talk. Powell's wife Alma has been known to oppose a run for office because of worries about his safety.

Powell's name rose toward the top of the list of possible heads of a Bush cabinet, even after a speech at the Republican convention that chided the party for opposing affirmative action and not reaching out to minorities.

In the address, Powell also outlined what might be the core of his agenda during his tour of duty at State.

"We are the most powerful nation on earth — militarily, economically, by any measure," he said. "We are that rarity in history — a trusted nation whose power is tempered by compassion, whose leadership is earned by example and whose foreign affairs will be guided by common interests and common sense."

President Bush nominated him in December 2001 to be his secretary of state.